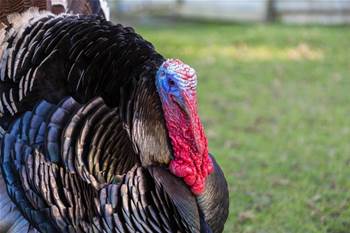 As the 2019 work year begins in earnest, public sector technology leaders across Australia will be happy to finally see the back of a swag of projects from 2018 as they brace for elections in NSW and federally in the first half of the year.

While there's little argument that IT and digital pursuits now routinely improve services for citizens while improving efficiency and productivity, its the lessons drawn from projects that don't go to plan that can be the most valuable for future planning and resilience.

It's fair to say that as political and public sector ambitions for technology increase, not all projects land as intended after launching, and these are where some of the most pertinent lessons are learned.

In many respects, 2018 was a difficult year for government IT projects across Australia, with a gaggle of tech turkeys popping up during the year.

They appeared despite the Digital Transformation Agency’s best efforts to stamp out IT failures – at least at the federal level – through its ongoing digital investment review.

Even a senate inquiry that was initiated in the wake of a series of "tech wrecks" to probe government digital delivery wasn't enough to keep the project failures at bay.

While none were as high-profile as Ghosts of Christmas Past like the eCensus failure of 2016, at just shy of $30 million each, they were almost as plump.

The most expensive was the national biometric database, which cost the Australian Criminal Intelligence Commission (ACIC) $26 million before being dumped due to delays in June.

The biometrics identification services (BIS) project with NEC Australia had intended to replace the existing national automated fingerprint identification system, which will now be reinforced to ensure its long-term stability.

But by taking the decision to suspend and then junk the project, which dates back to May 2016, the agency ultimately avoided sinking a further $47 million.

The lesson there appears to be that it pays to stop problematic roll outs earlier rather than later, even if you lose some paint.

The BIS project was closely followed by the Australian apprentice management system, which was terminated in May because of systemic weaknesses with the $27.2 million project.

However just under $10 million was written off from the project by the department.

It later emerged that the Department of Education and Training’s decision to scrap the project was influenced by critical defects with the NEC-built system. That said, it also shows some builds can be more chewy than vendors or buyers anticipate.

But the salutory lessons are by no means confined to the feds, with agencies in both the Queensland and NSW governments pulled into the vortex of acute project pain this year.

Queensland’s Department of Employment, Small Business and Training made the decision to scrap the state’s training management system after a five-year period of development.

It had originally been slated to go live in December 2016, but was pushed back to April 2018 before being scrubbed from the state’s IT project dashboard all together.

Indeed tricky education builds and hard lessons from IT seem to be a bit of persistent theme.

In NSW, the Department of Education pulled the plug on its Tribal timetabling software provided as part of the state’s massive LMBR overhaul, which was finally completed in November.

Schools are expected to progressively transition away from the company’s free SchoolEdge timetabling product from next year amid persistent concerns.

When you get sick of the term 'agile' being overused, it's worth remembering they heyday of waterfall was projects like LMBR that lasted for around a decade. Try and find a project with a timeline that long now.

And then there were the projects hit by the most potent if all public sector IT project threats, political expediency.

As the next federal election rolls around there are still some 'Claytons' projects hanging around, that is the projects you have when you don't really have a project anymore.

Take the planned procurement of a new digital payments platform to replace the government’s 30-year-old Medicare payments processing system that - while not officially junked - just never got off the ground.

The federal government's $220 million contract with Telstra for the late-running national cancer register is prime to be the first casualty of the New Year, after the agency was asked to consider terminating the deal.

The Department of Health has already been withholding payments to Telstra for the replacement replacement cervical and bowel cancer screening registers as a result of the problems such as missing go-live dates.

The Department of Human Services’ new ‘Pluto’ child support IT system could also be relegated to the scrap heap next year once it has fully considered the findings of a Deloitte review.

At the state level, South Australia’s Health department is set to decide whether to overhaul its troubled electronic patient administration system (EPAS) or discontinue it all together.

It comes after an independent review conducted by the new Marshall Liberal government confirmed longstanding concerns with the rollout.