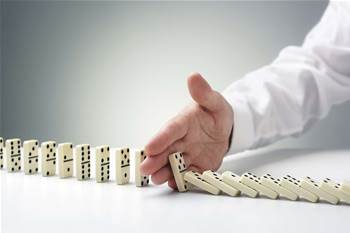 The Department of Education and Training has pulled the plug on its $20 million national apprenticeship management IT system after a PwC review found evidence of systemic project weaknesses.

In a statement the department said it had “ceased work” on the Australian apprentice management system (AAMS), which was intended as a replacement for the 16-year-old Training and Youth Internet Management System (TYIMS).

It put the decision down to “a series of ongoing delays in the delivery of the project, and testing with users from Australian Apprenticeship Support Network providers and State Training Authorities”.

“The testing revealed significant capability gaps between the proposed AAMS product and users’ current needs and expectations,” it said.

“The department has therefore ceased work on the AAMS project rather than continue to invest in a system which ultimately may not have met the current business needs or future requirements of Australia’s apprenticeship and traineeship system.”

iTnews revealed that the project was on the rocks last year when the department was forced to push back the system’s start date to last November.

NEC – who was selected to develop the new platform in May 2015 – had advised the project would take “significantly longer than originally envisaged”.

However the department cancelled the revised go-live at the last minute and delayed the system indefinitely while it worked with the vendor and other stakeholders on "the best way forward”.

The PwC assessment [pdf] of the project, released by the department today, reveals the project encountered a series of significant governance failings throughout its life.

“Our independent assessment identified weaknesses in practices across project governance, project management, contract and stakeholder management over the delivery of AAMS,” the report states.

“This materially contributed to the non-delivery of the project and inability to achieve the benefits outlined in the business case.”

The report indicates the system that was ultimately developed “was not fit for purpose nor would it realise the benefits as intended in the business case”, largely because of a lack of end user consultation.

This was most apparent during the the development of the business case and request for tender, where PwC was unable to find any evidence of stakeholder input.

“Management practices did not validate the proposed solution regularly to confirm it would continue to meet policy objectives, requirements, expected benefits and the needs of end users.”

Contract management was also found to be poorly handled with “insufficient performance milestones” and limited ongoing engagement with the vendor.

The report points to concerns over the validity of the business case being raised as far back as January 2017, but was unable to “sight evidence of any appropriate action to address this concern”.

A series of changes in scope – worth in excess of $1 million – were also agreed to “without a consistent assessment of key items relating to non-vendor costs, timing and impact on end users”.

“Specifically, evidence of an impact assessment against schedule, resources and project costs for three major scope changes agreed with the vendor could not be provided,” the report said.

PwC ultimately recommended that the department “take action to strengthen, its project, risk and contract management arrangements” around the project.

It also proposed “an immediate review of other high priority projects to ensure practices identified by this review over AAMS are not widespread”.

NAPLAN is the only other IT project at the department that the Digital Transformation Agency has previously identified as 'high risk'.

The department has accepted all the findings from the review, and recognises that it made mistakes.

“We acknowledge and apologise that weaknesses in our project management practices contributed to this outcome," it said.

However instead of trying to salvage the project, the department has made the decision to scrap it completely.

The department will continue to rely on the existing TYIMS, which was described as being outdated and buckling under the pressure as far back as June 2013.

It said the decision would "not alter the ability of employers to continue to hire, train and retain apprentices".

Just last month the department revealed it had spent almost all of its $19.6 million budget getting the AAMS system to a point that Secretary Michele Bruniges agreed was “nowhere near complete”.

The new system was expected to return more than $93 million in savings to the government's bottom line - albeit in the long missed 2015 and 2016 budgets - by replacing paper-based processes with online forms.