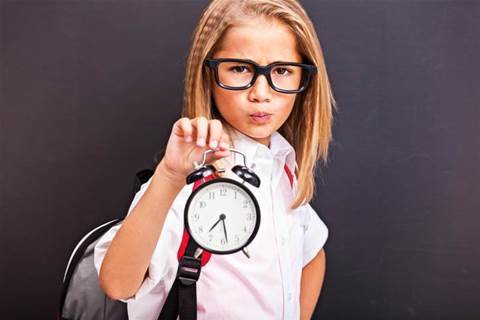 NSW’s Department of Education has decided to pull the plug on Tribal timetabling software provided as part of the state’s massive LMBR overhaul amid persistent concerns from schools.

iTnews can reveal the department is making preparations to progressively transition schools away from the company’s SchoolEdge timetabling product from 2019.

SchoolEdge is one of several solutions available to secondary and central schools in NSW to build timetables.

It exists separately to Tribal’s ebs4-based student administration and learning management (SALM) system, as the timetabling feature was omitted from the design of the system first deployed in November 2013.

The state’s last schools moved to SALM last October following multiple setbacks, and are now in the process of shifting to the new SAP-based payroll and HR system component of the LMBR, though this was recently pushed back.

But having just completed the SALM rollout, NSW Education has directed schools to move to another timetabling solution before the start of the 2020 timetabling process.

“The department has determined that schools will receive greater benefits by moving away from a centrally provided product and given the opportunity to choose form the growing number of timetabling solutions on the market.”

It said the decision had been made to “ensure schools are supported with timetabling products that provide the usability and functionality required” and hoped the switch would be done “with as little disruption as possible”.

An Education spokesperson said the decision would affect approximately 60 schools, though iTnews understands this could be up to 100.

The department has given schools a “transition period of up to a year before the existing enterprise timetabling product will no longer be available”.

It said it would continue to support the product until all schools have transitioned to alternative timetable solutions such as Edval, Timechart and Timetabler.

The spokesperson said no other components in the Tribal-provided SALM system – such as student wellbeing and management – would be impacted by the decision.

iTnews has been told that the decision has left many schools scrambling to find a replacement timetabling solution, with many just having finished moving to SchoolEdge.

The department has budgeted for software licencing and support cost for the first 12 months, as well as training, and will redistribute “any savings from ending the centralised arrangement”.

However the spokesperson declined to comment on just how much has been set aside for the transition.

SchoolEdge is currently provided to schools for free.