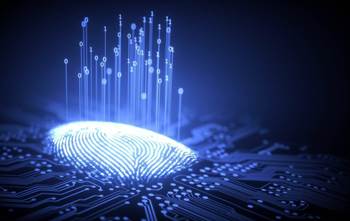 Would have cost $47m more to complete.

The Australian Criminal Intelligence Commission chewed through $26 million building a new national biometrics database before moving to terminate the contract with NEC Australia earlier this year.

But by suspending and eventually junking the biometrics identification services (BIS) project in June, the agency avoided sinking the extra $47 million into the build.

Shedding new light on the decision to dump the project, the commission’s CEO Michael Phelan told a senate inquiry on Thursday that “too large an amount” would have been required to complete the system “given the amount of utility I was going to get”.

“Had the whole thing been completed it would have cost an extra – at that particular point, from June onwards – $47 million to build the program,” he said.

“The total outlay would have far outweighed the benefit that we would have got from building the system because our assessment was that it would have been marginally better than that which we already had.

“So just on a cost benefit analysis, spending that extra $47 million from that point in time was just not worth the Commonwealth expenditure.”

The BIS project had been intended to replace the existing national automated fingerprint identification system (NAFIS), which is used by police across Australia and the Department of Home Affairs to establish an individual’s identity from fingerprint and palm impressions.

But problems with the project, first made known in a PwC report obtained by the Canberra Times in January, meant the system was not likely to be delivered in time for its June 2018 deadline.

Following the report, the agency spent the next three months “trying to keep the project alive”.

“We had workshops in December with NEC, the main vendor, to work through the project, and some of the issues we were having, and then again in February there were more meetings to determine the way forward,” Phelan said.

This was followed by an “extraordinary” meeting with the board in February this year where he asked to “increase the budget to $63 million to complete the project”.

“But it became quite clear after that date that we were never going to meet the timelines within the existing scope of the budget, so I made the decision that it was simply not worthwhile to continue,” he said.

The agency is now looking to repurpose as much as it can from the project, including some of the hardware it was required to purchase as part of the project.

It is also in negotiations with the provider of the existing NAFIS system, IDEMIA, to ensure its long-term stability.

“Later on we will explore opportunities again to determine how best to go forward with other biometrics including facial recognition to fuse them with the fingerprint system, but to be quite frank I want to be able to walk before we can run,” Phelan said.