The Commonwealth's 17 high-risk IT projects 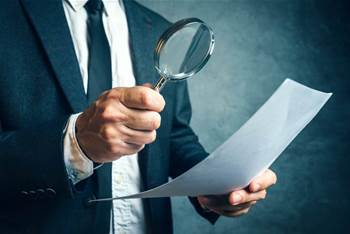 As determined by the DTA.

Seventeen IT projects across the federal government have been deemed high-risk by the Digital Transformation Agency, as the number of projects on its multi-billion dollar watchlist continues to climb.

The agency has revealed that just under a quarter of the 73 federal government projects identified as part of its digital investment review fall within the agency’s 'engage' category – the most risky and subject to active management.

It has three tiers of categorising projects: engage, monitor and observe. Activities conducted at the engage level may include health checks, asking for remediation or mitigation plans, or requesting reviews.

The DTA was tasked with compiling a list of government IT projects valued at more than $10 million earlier this year, but until now had revealed only that the online NAPLAN project had been assessed and listed in the engage category.

But documents quietly released on Wednesday show that this is just one of 17 projects in the engage category, with the Department of Defence and Department of Human Services making up the bulk of the high-risk projects.

However, the only project to be engaged for its “worsening overall status” is the Australian apprenticeship management system, the delivery of which is almost 18 months late.

Defence’s next-generation desktop project, while on track for delivery and reporting an overall green-amber status, is being engaged by the DTA largely because of its significant budget and multi-year timeframe.

Phase three of Defence’s terrestrial communications project is also being closely monitored because of its large budget and dependencies on vendors.

The Bureau of Meteorology’s IT refresh project known as the 'robust' program has been included on the list for similar reasons.

Tranche two of the Department of Human Services’ massive welfare payments infrastructure transformation program appears in the list, with the DTA assisting delivery planning “so to minimise cost and maximise early delivery of benefits and to manage dependencies”.

The Australian Taxation Office is on the list for two of its ongoing projects: the DTA is monitoring the SuperStream superannuation overhaul despite its green status because of its significant importance to the community and economy. It is also helping out with the first phase of the single touch payroll program.

The joint child card reform project being conducted by the Department of Social Services, Department of Education and DHS is on the watchlist because of its “large change agenda”, as is the Department of Health’s modernising health and aged care payments program with DHS.

“The program is in business case development phase proposing systems remediation as a pre-cursor to large scale transformation change,” the DTA said of the payments program.

“It will have a high IT budget and be delivered over multiple tranches.”

A number of whole-of-government projects are also considered high-risk, including the $131 million data integration partnership for Australia project, the Department of Finance’s digital records transformation, and the whole-of-government platforms the DTA is just beginning to develop.

The document also confirms the 2021 eCensus project is not only within the DTA’s purview, but deemed high-risk and being closely monitored “due to its high profile, long timeframes and reputation risk for the government”.

While the agency is “keeping a watching eye” on these initiatives, chief investment officer Lesley Seebeck told senate estimates this week "it’s the 17 [high-risk projects] that we are probably most closely engaged with at the moment”.

Seebeck also said the agency was no longer waiting on 11 agencies to respond to the DTA’s request for information about their IT plans, and now had a “100 percent response rate”.

CEO Gavin Slater said the number of high-risk projects identified was “within acceptable parameters” in his experience across the private sector.

“We are relying on the integrity provided by the various agencies in determining conclusions around the overall health of the portfolio,” he said.