DTA ramps up work on next govt-wide platforms 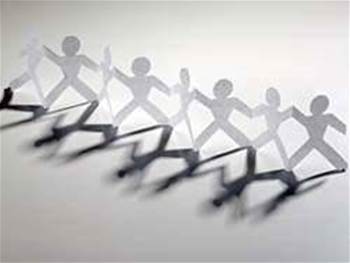 The Digital Transformation Agency has begun the groundwork on its next two government-wide platforms for updating personal details and notifications, and is now looking for digital gurus from the private sector to help out.

The agency wants to embed a total of six user researchers or designers in its Sydney office later this month to assist with the research component of the discovery phase of the 'tell us once' and notifications platforms.

The platforms are two of four digital pilots that received $33.5 million in this year’s federal budget for development over the next three years.

The 'tell us once' platform aims to let users share details across government agencies, instead of updating details with each one separately.

The notifications platform will allow agencies to contact users through their preferred channel, such as email or SMS.

The six new researchers will work with the DTA's existing multidisciplinary team, which started work on the platforms last month.

The discovery work has been informed by the DTA's 'platforms taskforce', which was set up following the 2016 federal election to identify opportunities for whole-of-government platforms.

The work is expected to be complete by mid next year.

DTA estimates around $100 million each year could be shaved off government expenditure by implementing the four platforms; alongside 'tell us once' and notifications the agency is also working on whole-of-government payments and data exchange platforms.

The federal government has had the 'tell us once' and notifications platforms on its agenda since 2015, but as chief digital officer Peter Alexander told a senate committee last week, efforts have been hamstrung by foundation issues such as digital identity.

“We should be able to consolidate all your messages from government and allow you to consume that on whatever device and whatever applications meets the requirements set," he said.

“It’s not rocket science, but it has been challenging because we have not had that identity layer right in the past.”

The government is addressing this problem through the build of the government-wide digital identity platform GovPass, which is now at private beta stage.

Copyright © iTnews.com.au . All rights reserved.
Tags:
dtagovernmentgovernmentitnotificationsplatformstrategytell us once