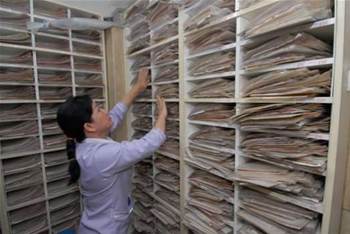 Attempts to oust the paper paradigm for good.

The Department of Finance will have a second go at developing a government-wide digital records platform after its last attempt to reform the digital records and information management failed to get up.

The department has been trying to improve the inconsistent management of unstructured data like documents and emails across the APS since October 2015.

A feasibility study found that “current records management practices are not sustainable due to the exponential growth of government data”, and that “recordkeeping should happen automatically in the background” if the government was to effectively manage this growth.

But a subsequent request for information process in early 2016 found the market was not capable of providing a service that could automate "records capture and lifecycle tasks”.

The department now wants to know if anything has changed over the last 18 months, and has asked for feedback from industry on plans to develop a platform that all agencies would eventually be expected to adopt.

“The APS is keen to move away from the paper paradigm and legacy solutions that fulfil the needs of a records manager, but are not designed for the general user,” a position paper states.

“It is the intention that the platform will allow greater and more effective use of Australian government records, by streamlining management and discoverability of information assets.

“It will facilitate sharing between agencies and other entities involved in collaborative work, improve efficiency during times of administrative change, and minimise costly duplicated effort.”

The platform will need to be cloud-based and capable of accommodating information up to a protected level, and use RESTful microservices for information management, including lifecycle, search, sharing, sentencing and disposal.

It will need to integrate with existing productivity solutions such as Windows File System, Outlook and Sharepoint, as well as the Department of Industry, Innovation and Science’s VANguard federated identity system.

It could also use technologies like “cognitive computing, keyword extraction and auto-indexing to ensure that all information is automatically captured and categorised, indexed, managed and disposed of with minimal interaction by the end user", Finance suggested.