CBA now paying some customers to use Apple Pay 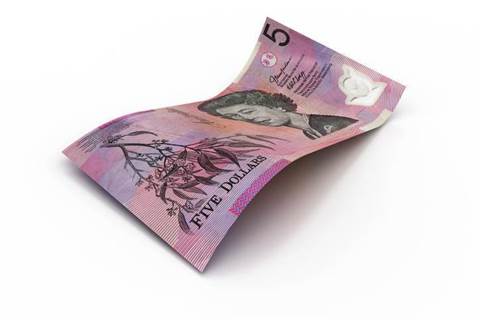 What a difference a year makes. Just 12 months ago the Commonwealth Bank of Australia was sticking hard to its boycott of Apple Pay alongside peers Westpac and NAB, arguing that Cupertino was expecting way too much in terms of margin and could take a hike.

Fast forward to November this year, which marks the start of the silly season when it comes to marketing, and Australia’s largest bank is now offering customers $5 to jump on Apple’s margin destroying payments platform to bolster its numbers.

Marketing emails sent to CBA customers obtained by iTnews reveal the beleaguered banking giant has resorted to baiting the Apple Pay activation hook with cash deposits as institutions openly bid against each for smaller size transactions.

“Want $5 cashback just for trying Apple Pay?” the CBA’s brazen offer spruiks. “Try it with your CommBank debit card using your iPhone or Apple Watch and we’ll give you $5 cashback1 to spend however you like.”

The small print is the usual stuff about the cash only being available once per customer, after all it would be rather tempting to activate, deactivate and reactivate for a fiver a throw. Not that CBA’s customers would ever attempt to do that.

And yeah, sorry, there's no direct link to the offer we can find, with the links in CBA's email propaganda landing on it's generic Apple Pay landing page.

The obvious question of why the CBA would bother paying customers money to use Apple Pay when there’s already massive uptake tells us there’s a good old fashioned turf war going on for what are known as “activations”, which is when people start using a service.

The marketing guff we received was pushing CBA’s debit Mastercard, which indicates the global payment scheme could be shelling out some proactive marketing bucks to grab market share for fear of rival cards jumping onto CBA’s Apple Pay offering.

With CBA being a ‘marquee’ Mastercard issuer – it essentially doesn’t issue Visa – the land grab could well be a hedge against local stalwart eftpos finally elbowing its way onto CBA’s Apple Pay platform.

Apple Pay’s original Australian flunky ANZ has already been offering eftpos on Apple Pay for some time, an option that delights merchants because they usually pay less per tap and thus don’t have to bung on annoying surcharges to claw back payment fees that issuing banks quietly gouge from them.

But it’s been far from an easy trot for eftpos to stay in the digital payments race, especially as banks routinely steer customers towards Mastercard and Visa for which issuers get a bigger clip of transaction the transaction ticket thanks to reviled interchange fees.

Competition and payments regulators have been pushing for eftpos to remain a live option in the contactless and online ecosystem for some years, partly to maintain competition and choice but primarily to prevent a Mastercard / Visa duopoly that would likely see payment costs soar.

A major battlefront for eftpos is getting into transit tap payments, where regular contactless payment cards can be used instead of proprietary tap tickets, like Sydney’s Opal network.

A major hurdle is the persistent dominance of Cubic Transportation Systems, which has contracts in Sydney and Brisbane as well as Transport of London’s Oyster card and New York’s Metro Card.

Under the Sydney deal, which Cubic bid for as part of the Peal Consortium that also includes Mastercard and CBA, eftpos has been essentially shut out of ticket gate tap acceptance by that city’s transit network.

Competition for transit taps in Sydney is fierce, not least because the product used for public transport will usually sit at ‘top-of-wallet’ and more likely be used as the default payment product.

Aside from CBA flinging cash at digital laggards to spur them into Apple Pay use, Citibank and Visa are also offering $5 cashback deals on Mondays to Sydney commuters at busy locations like Wynyard.

American Express is also in on the action, recently offering Sydney commuters loyalty points for tapping on, though no cashback.