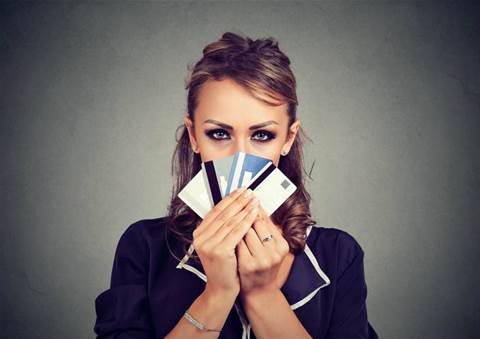 Australia’s retail sector has launched a stinging attack on the banks over slippery practices to avoid reforms slashing the cost contactless and electronic transactions, accusing major institutions of deliberate gouging as consumers increasingly tap to pay.

In a new headache for a financial sector that attempting to regain public trust, the nation’s five major retail industry associations joined forces on Thursday to take a blowtorch to contacless transaction pricing which sticks higher charges onto shopkeepers by obfuscating or impeding access to lower cost payments rails.

But attack is far more than a hollow threat, with supermarket giant Woolworths having previously force-routed debit transactions away from card giants Mastercard and Visa to push down interchange fees that are usually charged as a percentage rather than a flat fee for platforms like eftpos and BPAY.

The burning problem for retailers large and small is that as consumers increasingly tap as a default payment behaviour, most merchant terminals are still hooked-up by banks to run transactions over rails owned by the credit card giants – despite merchants now being allowed to decide transaction routing, if they request it, a reform dubbed ‘least cost routing’.

Banks and card schemes have a vested interest in keeping tap and mobile transactions running over credit card rails, also called ‘scheme rails’, because they attract lucrative interchange fees for the banks that issue the cards.

The problem retailers face is that as their margins continue to decline, the shift to tap and mobile payments takes a bigger cut of their revenue unless they are able to arrest costs with Reserve Bank of Australia backed reforms like least cost routing.

“While the CBA, ANZ and Westpac are making some reforms to make it cheaper for businesses to process tap-and-go card payments, in some instances, the service is only available using selected terminals or on particular plans, and this is simply not good enough,” Strong said.

At the ARA, executive director, Russell Zimmerman, said while his group was was doing as much as it could to inform and educate its member base on least-cost routing, banks must also pulltheir weight.

“Part of the problem is that the banks aren’t defaulting the position,” Zimmerman said.

“If they were doing the right thing, they would look at every retailer individually and inform them that they would be better off using least-cost routing. However, they have a vested interest in not doing that.”

“Our members’ business viability is suffering badly from increasing costs just to do business. It’s paramount that least cost routing is made available and we are delighted to be standing with our industry partners driving for this to happen,” Master Grocers CEO, Jos De Bruin said.

Mark McKenzie, the head of convenience and petrol group ACAPMA the main issue with merchant costs “is the lack of transparency of fee structures, which, when coupled with its generally complex nature, means most small businesses are paying thousands of dollars more for processing debit transactions for their customers than they would if they were fully aware of their options.”

The joint counter attack by the retail sector has been years in the making, especially after credit cards lobbied hard to construe surcharges merchants are allowed to charge to recover costs on card transactions as excessive and opportunistic.

A significant concern of the Reserve Bank and parts of Treasury is that as the economy and consumers move away from cash, small business and retailers who are already hurting could be pushed to the brink.

In a speech delivered on Thursday in Toowoomba on financial stability, the RBA’s head of financial system Michele Bullock noted potential downstream effects if SMBs and the retail sector bran into trouble.

“Small businesses are a substantial part of the Australian economy. They account for 70 per cent of employment and 40 percent of production in the private nonfinancial sector,” Bullock said.

“Difficult conditions in small business could therefore have flow-on effects to the economy through decreasing employment and lower income for unincorporated enterprises, and hence to the health of households' balance sheets more broadly.

Bullock observed that “poorly performing retail businesses might impact workers as well as owners and developers of shopping centres.”

“The challenges faced by brick-and-mortar retailers have spilled over into the demand for retail floor space. Conditions are weakest in mid-sized shopping centres, where vacancy rates have increased to around 5 per cent, up from around 3 per cent a few years ago,” Bullock said.

Merchants are also livid about banks passing through losses for online card fraud to then, especially when institutions often supply the online payment processing infrastructure at a reasonable clip.

One option available would be for regulators to stop banks pushing online fraud losses back onto merchants to drive a clean-up of fraud vulnerabilities by making banks pick up the bill.

Official payment fraud statistics collated by AusPayNet released on Wednesday showed online fraud in Australia climbed to a new high of $487.5 million for the year to 31st December 2018.