You want cash with that? ANZ plugs Apple Pay into eftpos 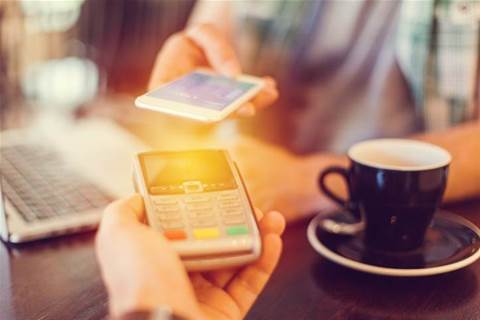 Millions of ANZ debit card holders will now be able to get cash out with over the counter Apple Pay transactions, after eftpos scored a massive win over the dominance of US credit card companies in smartphone payments.

ANZ is by far the most dominant Australian bank in the Apple Pay space after it broke away from rivals boycotting Cupertino because of the size of the transactional clip Apple demanded.

However the Apple boycott fizzled late last year after the CBA threw in the towel to offer Apple Pay, with Westpac and NAB indicating they will likely follow suit.

ANZ’s move today means that when other banks adopt Apple Pay, there will likely be an eftpos option too.

But the real rub in the deal is that the likes of Visa, Mastercard and American Express will now have to compete against a reinvigorated eftpos that can now offer a cash out facility that eliminates the need to carry physical cards in a wallet.

While ANZ did not say whether it would offer cash out via mobile NFC tap at its ATMs, the bank has for years steered customers towards the NFC option on its ATMs which rival banks are you to offer.

Despite being Australia’s first electronic payments scheme deployed in the early 1980s and remaining largely bank owned, eftpos has been in the fight of its life over the last decade after being eclipsed by demand for online payments.

Some banks had hoped eftpos would go the way of Bankcard, leaving the heavily commoditised card payments landscape to foreign payment schemes that offer banks handsome incentives to issue cards through controversial interchange fees that push costs onto merchants.

Predictably, eftpos was ebullient over its win to get on board Apple Pay.

"eftpos research shows payment choice is hugely important to customers and we’re excited ANZ debit cardholders will for the first time have the option to select eftpos to make a transaction from their CHQ or SAV account with Apple Pay," said eftpos managing director, Stephen Benton.

While the inclusion of the eftpos option on Apple Pay is a huge win for the local scheme, it still has some way to go in terms rivalling the non-cash functionality of rivals Visa, Mastercard and Amex.

The next big step for eftpos is enabling online payments, the arena that saw it sidelined by global schemes with banks pushing their online efforts towards BPAY that is now expanding out of traditional bill and recurring payments and into device-based services via Osko and the New Payments Platform (NPP).

While it has not been lost on many industry participants that both eftpos and BPAY are both essentially backed by Australian retail banks, perennial speculation of a consolidation has so far come to nought.

However that could change if Open Banking reforms intended to removes friction from contesting and switching consumer accounts takes root over the next 12 months.