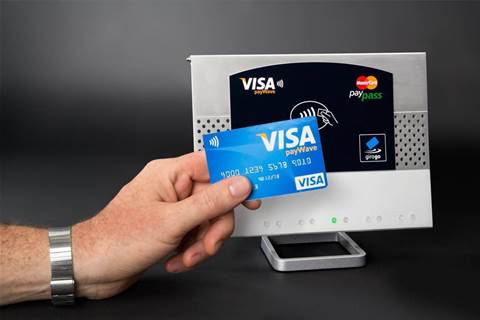 Australian consumers might be cheering the death of loathed bank charges like ATM fees, but it’s a very bitter victory for businesses forced to accept electronic payments.

New analysis from the Reserve Bank of Australia reveals the proportion of electronic transaction fees collected from businesses accepting tap-and-go payments has exploded over the last three years, creating a huge cost shift away from consumers and onto smaller business.

Buried deep in the RBA’s latest Bulletin, the data reveals that as ATM fee revenue nosedived from around $150 million in 2016 and 2017 to less than $50 million in 2018 (after major banks killed ATM fees), that lost income was replaced by tap-fees.

“Bank fees charged to households decreased by 7 per cent in 2018, after having grown moderately in recent years,” the RBA’s latest bulletin noted.

“… but this was largely offset by higher fee income from small businesses.”

This graph says it all. 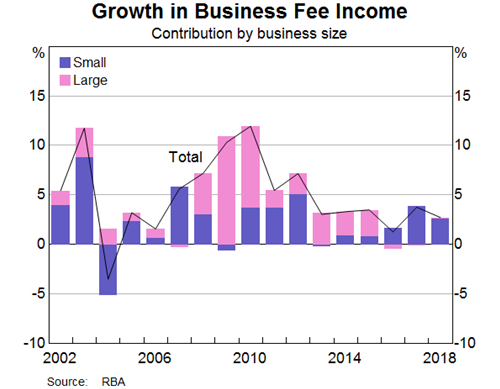 “By product, the main driver for growth in fee income from businesses was the continued increase in income from merchant service fees on card transactions,” the central bank said.

The numbers shed new light on why the RBA is urgently trying to encourage better access for existing low-cost payment networks like eftpos into the tap and online payments sector to give consumers and merchants an alternative to more expensive schemes like Mastercard and Visa.

The term “reported” is somewhat of an understatement. Over the past few years banks have done nothing but bellow the growth of tap-payments, with Westpac declaring “saturation” 18 months ago.

“The popularity of Visa payWave continues to rise compared to other payment methods. In the last two years, the ratio of contactless to other payments (which include chip, magstripe and contact) increased from 81 percent in January 2016 to 92 percent  in December 2017,” Westpac saind in a market analysis.

A key reform the RBA is pushing is least-cost routing where a merchant gets to say what rails a transaction runs on rather than the banks which have a strong financial motive for reaping the biggest cut possible from transactions.

The nature of how banks charge different merchants different fees for different cards is notoriously opaque.

While the RBA forces card schemes to publish their interchange fees levels (fees that flow from a shop’s bank to cardholder’s bank) and puts limits on them, so-called merchant service fees (MSF) vary widely based on a business’ turnover.

They can also be structured as a combination of percentage and fixed fee charges that are typically worked out to maximise the cut to banks and card schemes.

The problem for businesses accepting tap payments is that despite successive regulatory attempts at reform and putting downward pressure on electronic and digital payment acceptance costs, the sheer convenience of contactless means it wins out over other methods. 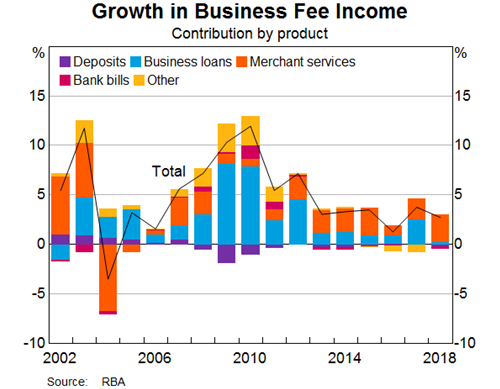 And because Mastercard and Visa brought the technology into the Australian market, the bulk of terminals and cards in circulation trunk transactions in their favour. The RBA had been hoping to moderate the growth in costs, but more work could be required.

“As interchange fees (which are paid by banks) are a significant component of the cost of providing payment services to merchants, reductions in these fees typically flow through to lower merchant service fees. However, merchant service fee income remained relatively stable as a share of transaction value in 2018,” the RBA said.

“This was largely due to a compositional shift in the value of card transactions processed by network, away from the cheaper eftpos network to the relatively more expensive Mastercard and Visa networks.

A key reason smaller merchants feel the sting of transaction costs is that large businesses like Coles and Woolworths are able to extract hefty interchange discounts by virtue of their scale.

The concern regulators have persistently held is that the loyalty points industry so loved by consumers is involuntarily cross-subsidised by smaller businesses making it harder for them to compete and jacking up their prices.

The RBA recently warned card schemes and banks it was on the lookout for attempts to use security upgrades using tokenisation to shut out least cost routing, cautioning that such a practice went against its policy intentions.