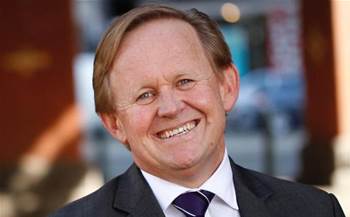 Tries to 'insulate' itself against backhaul costs.

Vocus has set an end goal of securing 10 percent of the total NBN market and outlined steps it is taking to “insulate” itself against the rising cost of servicing those customers.

CEO Geoff Horth told the company’s AGM today that the 10 percent goal would be in part achieved through a better delineation between its iPrimus and Dodo retail brands.

iTnews calculations’ show the company currently has around 7.3 percent of NBN market share.

The company recently relaunched iPrimus, “carefully positioned so as not to compete with Dodo but instead to capture market share in a complementary customer demographic”.

Horth said growth of NBN users on iPrimus would “increase average revenue and margin per user and mitigate some of the earnings headwinds presented by higher NBN input costs”.

The company is seeing a steadily dipping profit margin on NBN users as its sign-ups increase. An NBN user is now $6.06 a month less profitable than a copper broadband user.

However, Horth said the NBN business had “materially lower churn rates” than copper, “which ultimately reduces our cost to serve and improves customer lifetime value".

NBN Co has been in discussions with major ISPs for months over a possible rejig to its pricing construct, including a long-term solution to the high cost of its connectivity virtual circuit (CVC) bandwidth service.

CVC affects the speed of end user services, particularly at peak usage times. The amount ISPs buy also affects whether NBN Co can reach its profit targets for 2020 and beyond.

While NBN Co has introduced some CVC discounts in the past two years, ISPs say more action is required to encourage higher bandwidth purchases. Regulators are largely letting these discussions stay their course, though the government has flagged the potential of using the courts to force ISPs to buy more capacity.

Horth said Vocus was among those impacted by the CVC charge model. He said the company was trying to offset the impact by “transitioning” customer service and sales functions to online in order to reduce overheads.

“It is our view that the current NBN pricing structure creates a disincentive for service providers such as ourselves to actively promote higher speed plans which will deliver the full benefits of an ultra-fast broadband network to Australia,” Horth said.

“We continue to work constructively with the government and NBN Co to find a long term solution.”