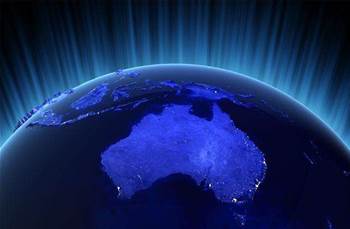 Analysis: Shuts down most other options.

The government has ruled out an immediate NBN writedown or a tax on 4G users, leaving only a bailout - and the threat of court action - on the table to stave off NBN Co’s economic woes.

NBN Co CEO Bill Morrow put the project firmly back in the political spotlight on Monday morning when he declared it unlikely to turn a profit and in need of more government help.

Morrow’s wish list for that intervention consists of a broadband tax on 4G services - thus opening a new cash flow for NBN Co to offset its costs in regional and rural areas - or more “off-budget monies” from the taxpayer.

Given Morrow’s complaints are largely about whether or not NBN Co would be profitable in future, a third option is for the government to agree to a writedown of the NBN asset value.

But the government, as it had done before, made it clear this was not on the cards.

“There are accounting requirements which the government follows.”

NBN Co - at the behest of its shareholders - was seeking “a modest rate of return about one percent above the long term inflation rate”, Fifield said.

That rate of return is important to the government, both to show the investment and loan of taxpayer funds has been worthwhile, and to demonstrate the company can stand on its own feet - and perhaps even attract a suitor - once the network is completed in 2020.

“At the moment, [the NBN] is estimated to deliver a return of around 3 percent, which is enough to keep it on the government's balance sheet, as a government asset, but it certainly is not a commercial return that the stock market would expect,” Turnbull said.

So no writedown for the time being.

It turns out Morrow was also right in predicting that a 4G tax would be “unpopular”.

Within hours, senator Nick Xenophon called for a 4G tax “to be rejected out of hand”.

“It is not the fault of Australian consumers that successive Australian governments … did not do their business plan [for the NBN] right,” he said, arguing consumers should wear the cost of any mistakes.

Fifield outlined his strong opposition to a 4G tax, first by directly contradicting Morrow’s assertion that 4G services are “a viable alternative to NBN”.

“When it comes to the mobile network that is not something that’s readily substitutable for the NBN in terms of the costs of data,” Fifield said.

“It’s something that means people will focus on and need a fixed line network but we don’t have a proposition to apply [a] levy to the broader mobile network.”

No one appeared ready to address the issue of whether the government would have to dip into its pockets again to keep the NBN afloat.

The government last did so in a major way a year ago when it loaned NBN Co enough money to finish the network, after the company was unsuccessful raising the funds privately.

The bailout was a central ask from Morrow, but seemed to take a backseat to political machinations over whether the entire project was a “mistake” and who was to blame for it.

Predictably - and somewhat ironically given the level of blame-shifting already occurring at a local level when it comes to connection and activation problems - both sides of politics spent the day blaming each other.

With that, there is no indication whether a bailout is or isn’t off the cards.

The long arm of the law

A fourth option not raised by Morrow - but raised repeatedly by the government - is to use the ACCC to persuade ISPs to simply make the existing NBN business model work by buying a lot of connectivity virtual circuit (CVC) backhaul.

The amount of CVC an ISP buys will affect the speed that users experience the NBN. Its cost has been traditionally high - a move designed to bring in revenue - and this has discouraged ISPs from buying a lot of it.

This is particularly noticeable at peak usage times such as evenings, when demand for bandwidth is high, but - depending on who your ISP is and how much CVC they bought - there may not be much of it to go around.

But if ISPs didn’t do start buying more of it voluntarily, the government believes the courts might persuade providers to think differently.

This, of course, isn’t new. The ACCC’s been threatening to litigate against ISPs with sub-standard NBN services since 2011.

It renewed the threat in June of this year, with a warning the first ISPs could find themselves before the courts before the end of 2017.

Fifield was particularly keen on this option.

“[ISPs] under consumer law are obliged to honour the contracts they enter into with their customers,” he said.

“The ACCC has made it very clear that this is an area they’re looking very closely at and that they will move very quickly against [ISPs] who are not doing the right thing by their customers.”

Fifield has the backing of the Prime Minister on this: “I am determined to ensure that ... people get the speeds they have paid for,” Turnbull said.

Fifield said the ACCC would “come down like a ton of bricks” on recalcitrant ISPs that bought too little bandwidth to furnish their customers with high-speed services.

Is NBN just one piece in future connectivity puzzle?

The NBN business model was never predicated on achieving 100 percent take-up rates. Its latest corporate plan forecasts a take-up of between 73 and 75 percent.

But perhaps one of the key aspects of the NBN model - its ubiquity - needs a rethink, Morrow suggested.

“I think we’re going to see part of our broadband needs served by aerial with wireless, part of it coming from underground with the NBN-based network structure, and you might even see some other applications with balloons running up in the air or aeroplanes that a lot of people are talking about to serve this connected world we’re moving toward,” he said.

“I don’t think it should be any one company that tries to grab it all and own it all.

“But I think if we work together as an industry we’re going to see a fundamental change in our lives and it will be to the benefit of us.”