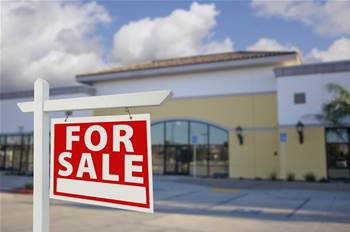 Vocus is working to sell its New Zealand business before the end of June next year and has appointed advisers to help with the sale of its Australian data centre assets.

The telco has been looking at its assets to identify opportunities for sale since late August, after issuing a $100 million profit downgrade three months earlier.

It was rumoured to have earmarked the local data centres - which are reportedly worth $160 million - as well as its consumer energy business for potential offloading.

Vocus' 20 Australian data centres brought in $42 million in revenue in the telco's full year to June 30. The business represents about 7 percent of the group's overall revenue.

The telco today said it had appointed advisers for the sale of its data centre operations.

It is also finalising the appointment of advisers for the sale of its New Zealand business.

The New Zealand operation brought in $323 million in revenue for the year ended June 30. It represents 17 percent of Vocus' group revenue.

Vocus said it would use the proceeds from its asset sales to reduce debt and fund strategic endeavours. It is continuing to look for more opportunities to divest its non-core assets.

The telco also today provided an update on its transformation program, which aims to tackle the disparate and sprawling environments created by a number of acquisitions.

Vocus in May revealed its efforts to integrate the likes of Nextgen Networks, Amcom, and M2 into the wider group had not gone to plan, and were largely to blame for its $100 million profit downgrade.

It established a transformation office to tackle the integration efforts, but this month let go the executive leading the charge after just three months and replaced him with a team of external consultants.

Today Vocus said it was making progress on its transformation drive and expected to realise benefits from the effort in FY18.

Nine out of 10 major projects have passed the 'concept' phase, and seven out of 10 are in execution mode and "delivering critical business outcomes", Vocus said.

It expects to be at its "full potential" by FY20 following a whole-of-business review.

Vocus has seen a further deterioration in the profitability of NBN customers as it grows its presence on the national broadband network.

Five weeks later - on the back of a relaunch of its iPrimus brand - Vocus has grown its total NBN subscriber base to 230,000, but the average margin has now shrunk to $19.95.

This points to an increasing shortfall in profit as Vocus transitions from reselling copper-based services to the NBN.

Vocus’ current average margin per user for copper services is $26.01, meaning the gap is now $6.06 per user per month.

Vocus CEO Geoff Horth had foreshadowed in August an increase in costs as it had to buy more connectivity virtual circuit (CVC) to service its growing NBN base.

Vocus also today unveiled some small changes to its planned capital expenditure on the Australia-Singapore Cable, which is being built as an alternative to the ageing SEA-ME-WE3 cable connecting Perth with SE Asia.

Capex in 2HFY18 is now expected to be US$10 million, US$4 million more than expected to pay for “augmenting [the] Vocus national network” - essentially the terrestrial routes that will haul traffic from the cable landing station in Perth.

First half FY19 capex, however, falls from US$122 million to US$110 million. Vocus said this reduction had been achieved by negotiating a cut to a “deferred consideration payable on the project” to its former owners, Nextgen Networks, whom Vocus acquired.