IAG reshuffles tech deck ahead of surge of bushfire claims 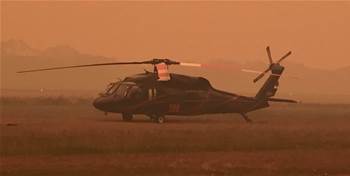 Sends Customer Labs staff back to CIO as industry braces for impact.

Insurance giant IAG has shuffled the technology deck in its executive ranks just days ahead of a keenly watched earnings call next week as investors brace for the impact of Australia’s catastrophic bushfires to be seared onto its accounts.

In a move becoming increasingly common across financial services, the insurer has split out its core technology operations from its innovation function announcing that Julie Batch will lead a new “strategy and innovation division” will report directly to chief executive Peter Harmer.

Prior to the reshuffle, Batch was IAG’s chief customer officer, with the insurer’s customer labs play falling under her umbrella.

Under the new structure, tech staff that were in IAG’s Labs functions under Batch will be sent to “an expanded Technology & Digital division which brings together the digital teams from Australia and New Zealand, including those previously part of Customer Labs, and the existing Group Technology team,” IAG said in an announcement to the market.

The move increases the manor of IAG’s group executive for technology Neil Morgan, indicating a tighter focus on efficiency and faster service delivery as thousands of claims from Australia’s horror summer hit.

Insurers across Australia are under sharp political pressure to process claims expediently and without the customary attempts to try and sweat down customer claims after the fires which consumed billions of dollars of home, contents, equipment and vehicles across Australia.

At the same time insurers will also be hit by income protection and business insurance claims in areas that have essentially ceased to function economically.

The large volume of complex claims work is expected to continue for several months with assessors still yet to gain access to many areas because of dangerous conditions.

Most insurers are expected to switch their tech priorities to smoothing claims processes, including processing digital evidence of losses, over the development of new functionality and products until later in the year.

IAG’s rival Suncorp has already provisioned an additional $100 million in natural hazards allowances under new chief executive Steve Johnston who junked the insurer’s much-vaunted ‘Marketplace’ API program led by Pip Marlow, who exited in days to take the reins of Salesforce in Australia.

The deluge of fire claims will also intensify market pressure on Suncorp to draw a line under its botched core banking system, which previous chief executives have publicly blamed on supplier Oracle by saying they have not yet seen version that works at scale.

Like IAG, Suncorp also adopted a break-away new product tech play, only to later have the IT functions of innovation and experimental technology arms sent back to the CIO’s office.

As the costs and consequences of climate change mount up on insurer’s books, the shift from showy pilots and experiments back to core processing is likely to increase for the foreseeable future.