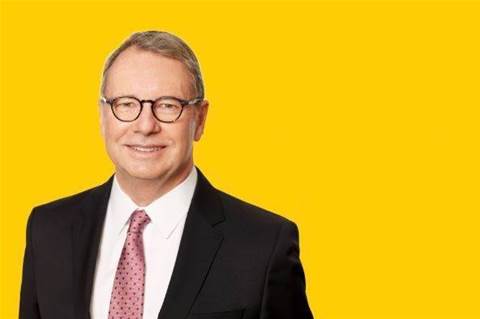 “Not a great situation.”

The odds of Suncorp junking its long-troubled Oracle core banking replacement have conspicuously shortened, after the bank’s chief executive publicly lamented the lack of progress on the project.

While the bank’s wider technology performance around digital delivery channels and heavy tilt towards API driven functionality is paying off handsomely, Suncorp CEO Michael Cameron was again left in the awkward position of filling in some glaring gaps for investment analysts during the half-yearly earnings call on Thursday afternoon.

The system replacement known as “Project Ignite” being built on Oracle’s Flexcube was supposed to be up and running in 2016 but has become a technology albatross as the state of inertia grinds on.

Cameron unambiguously said on Thursday Suncorp was still waiting for Oracle to provide evidence of a successful implementation, a statement that directly draws into question whether the Oracle system has yet been successful anywhere.

It is understood the view in Suncorp is that other banks are likely in a similar position.

The Oracle replacement for Suncorp’s ageing Hogan system (which is also used by ANZ and Westpac) had previously been costed at around $300 million and had been touted as the major competitor the SAP’s core banking platform that has powered the CBA’s massive root and branch overhaul.

Cameron said that this was not a great situation and was the “last thing we wanted.”

The nasty headache for Oracle came amid a charm offensive to try and schmooze current customers and prospects through its participation in the ritzy Sail GP sailing race being held on Sydney Harbour.

Despite its financials and database software being a mainstay in financial institutions, Oracle’s foray into the specialised world of core banking systems has been challenged by more nimble competitors like Temenos making fast inroads into the space.

The National Australia Bank had been the poster child for Oracle’s big banking core banking foray some years ago, but details on those projects has been scant as that institution continues to churn through its executive leadership in the wake of the Banking Royal Commission.

Suncorp shares were hammered on Thursday in the wake to its profit announcement where the Royal Commission related costs coupled with floods, fires and droughts all weighed on the bank and insurer’s bottom line.

The extent of the damage wreaked by hurricane Hayne was so substantial some investors could be forgiven for thinking another major write down was a can best kicked down the road.

One thing is clear; Michael Cameron’s patience with Oracle is finite and it is wearing thin.