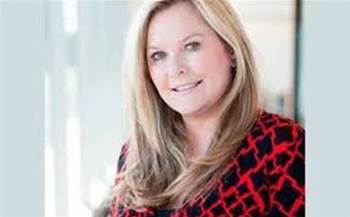 Pip Marlow is set to lead Salesforce Australia and New Zealand in the role of CEO from October this year, a day after it was revealed she would be leaving Suncorp.

Marlow will “lead Salesforce’s ANZ business into its next phase of growth,” the vendor said in a statement to iTnews.

“Pip is one of the most well-respected business leaders in Australia and New Zealand - we are thrilled to welcome her to Salesforce to lead us into the next chapter of growth and customer success in the region,” Salesforce’s chairman and co-CEO Marc Benioff said.

Marlow will leave her present role as CEO of customer marketplace at Suncorp.

Prior to Suncorp, she spent more than 20 years at Microsoft where she was appointed managing director in January 2011.

Suncorp yesterday revealed the ambitious marketplace project that Marlow had been leading would be replaced by “a new dedicated Customer and Digital function” handed to Lisa Harrison.

The marketplace strategy had been intended to be an API-led ‘mart’ of services for Suncorp across its range of banking and insurance products - akin to an app store that allowed its customers to dial into and manage multiple services.