Pip Marlow out of Suncorp amid digital marketplace shake-up 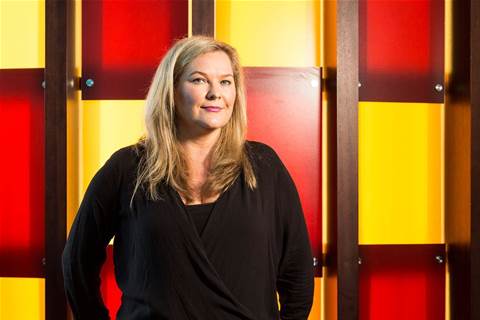 Suncorp has revealed the CEO of its ambitious marketplace project Pip Marlow will leave the bank and insurer this month, replaced by “a new dedicated Customer and Digital function” handed to Lisa Harrison.

Suncorp interim chief executive Steve Johnston said he was “personally disappointed” that Marlow had decided to leave, emphasising that it was “her decision” on an analyst call with investors.

The marketplace strategy had been intended to be an API-led ‘mart’ of services for Suncorp across its range of banking and insurance products akin to an app store that allowed its customers to dial into and manage multiple services.

Johnston said marketplace had been “too ambitious” for the bank’s current resources.

However the strategy largely failed to convince hard-nosed institutional investors that it would increase margins and profitability, especially as regulatory overheads from the Banking Royal Commission combined with disasters like the Townsville floods chewed up margins.

Over the past fortnight, Suncorp has been openly questioning the future of the marketplace strategy with Johnston recently telling an insurance conference that the big sell of an “Amazon of financial services” wasn’t understood by investors.

Johnston, previously CFO, replaced Michael Cameron as Suncorp’s chief executive after Cameron departed suddenly on the back of a board decision to shake-up the leadership team.

In May this year Cameron declared the Suncorp's digital transformation and marketplace a success, and then promptly quit.

“Suncorp now has the digital foundations in place to enable it to be nimble and to seize opportunities," Cameron said at the time. "I believe the business has great potential and will continue to enjoy success.”

Suncorp's latest financial result is far from a success.

Despite making inroads to reform its tech stack, Suncorp’s full year 2019 profit plummeted a whopping 83.5 percent on the back of non-cash losses flowing from the divestment of its wealth and life insurance businesses to land at just $175 million, a fall well telegraphed to the market.

While cash earnings got a modest bump to $1.115 billion, up 1.5 percent for the full year, the focus on managing operational costs, particularly using technology to generate savings remains Suncorp’s burning platform, especially around digital execution of its Business Improvement Program (BIP).

Suncorp’s cost to income ratio (CTI), or the amount of money it needs to burn to generate profit, remained elevated at 56.2 percent with Johnston saying the near to medium CTI target of 50 percent wouldn’t be achieved.

Johnston however talked-up the success of the BIP saying it had yielded $280 million in net benefits, with that number slated to rise to $380 million over the coming year.