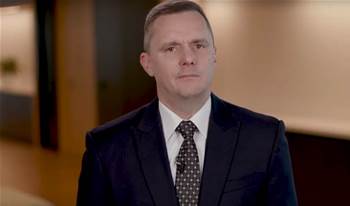 Suncorp’s technology troubles have snowballed after interim chief executive Steve Johnston refused to give a go-live date for its frozen $300 million Oracle core banking system replacement, admitting the institution was now at the mercy of other banks making it work first.

Now three years late, the troubled transactions and deposit platform, dubbed “Project Ignite” and based on Oracle Flexcube, was supposed to be up and running in 2016 to replace Suncorp’s ageing Hogan system

The Hogan legacy platform was now generating annual costs of around $10 million a year to support, Johnston told the analyst briefing for Suncorp’s 2019 annual results.

Suncorp’s former chief executive Michael Cameron previously refused to progress the core replacement citing concerns that another major institution had not yet successfully deployed it, saying in February 2019 that running two cores was the "last thing we wanted".

But a successful deployment is still yet to emerge, with Johnston saying that Suncorp does not have the risk appetite to be the first major institution to turn it on without first seeing it work elsewhere.

"To some extent we are a bit of a hostage to someone else doing it, I think that’s a better way for us to consider it,"Johnston said.

“I don’t think there is any benefit in us being the first mover in deploying a deposit module onto a new core banking system, it’s not within our risk appetite to do that.

“We are taking a very risk sensitive decision making process there, we’d like to see it deployed by a bank of scale before we would go to deploy it,” Johnston said.

Despite the conspicuous and protracted delays, Johnston said he was “pretty confident it will happen, it’s just the timeline that it takes to get there.”

“It doesn’t necessarily have to be an Australian bank, it can be a US bank or others that are considering the deployment of that module,” Johnston said.

“It’s unclear when that is going to happen,” he added.

“It would be great to be operating on one system.”

The admission that the Oracle core replacement continues to be stranded is a problem for Suncorp and its next CEO because the longer the bank waits, the more out of date the build becomes, potentially rendering it a legacy platform when it finally arrives.

The bad news on Oracle came on top of Suncorp’s revelation that it had also drastically scaled back its once prominent digital marketplace strategy to just a “component” of a wider digital banking strategy, with the bank admitting the market had not understood the project.

Shares in Suncorp jumped on the back of the shuttering of the marketplace strategy.

“We have to reimagine ourselves as a digital bank,” Johnston said, expressing confidence the wider tech investment and replatforming had been worth it because they provided a contemporary way of delivering products and services.

It's now a matter of making those investments deliver on cost efficiency and savings in the near and medium term.

“We want to put the ‘sun’ back into Suncorp,” Johnston said.