IAG puts hundreds of staff through a 'Cloud Academy' 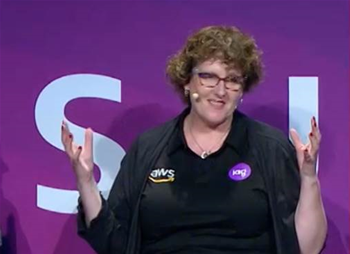 Starts to replicate successes seen by NAB and others.

Insurer IAG has put “hundreds” of staff from across the group through cloud skills training via a ‘Cloud Academy’ it has internally set up.

In a move reminiscent of NAB’s Cloud Guild - which the bank credits for a reversal in its hiring fortunes, as well as its scaled migration to the cloud - IAG has also moved to train as many people as possible in cloud delivery models.

IAG Customer Labs’ director of cloud and continuous delivery Alice Roberts told the recent AWS Summit that the insurer - which counts brands like NRMA and CGU in its portfolio - is increasing its use of cloud.

“We really see cloud as an enabler for key things like standing up test and development environments, and for being able to do A-B testing on our digital platforms so we can really find out what suits customers best or how customers respond to our changes,” Roberts said.

“[It’s also useful] for scaling up our infrastructure. You can imagine [with] a claims event, that's when you really want to be there for your customers.”

Roberts said she joined the cloud migration program as the insurer attempted to “move a regulated workload”.

“For those in financial services, a workload that's got customer data in it needs our regulator's approval,” she said.

“When I walked in, it seemed like we had this great cross-functional team. We had people from security, risk, finance, and our engineers.

“But actually it seemed like … aliens from different planets. We weren't really talking the same language, we didn't really understand each other, and there was quite a bit of disagreement about the best way to go forward and a bit of circling round.

“It was hard at the beginning.”

IAG initially turned to partners to facilitate conversations between risk, security and engineering.

This worked for the specific migration project, but Roberts said it was clear that having “people in the middle” translating between stakeholder groups would slow IAG’s broader cloud ambitions.

“It's an academy that is there for everybody.”

Roberts said that the company had so far had “hundreds of people go through one of the different types of events that we have, whether it's classroom training, our lunch-and-learns, or our immersion days”.

“All of those people are now creating this real buzz in the organisation and starting to understand that cloud is not just the place where you put your servers and not just another data centre,” Roberts said.

“There's a lot more to cloud and it's really a different way of working [and] the future of technology.”

Roberts also noted an early result of the upskilling program is that stakeholder groups now talked through any issues and solved them in far less time.

This is already having a flow-on effect on the pace of IAG’s cloud migration projects.

“Our last migration was four times faster than the one before that, so that's really what we're looking for,” she said.

Roberts noted the importance of distributing cloud skills throughout the organisation and indicated that barriers to use were being lowered.

“It's becoming much more accessible,” she said.

“We still need our engineers, but you can see that cloud is also much more accessible to all kinds of people.”

Roberts said that a cross-section of non-technical users are getting involved in DeepRacer, an autonomous model car designed by AWS to help people improve their machine learning.

DeepRacer is also taking root in other major Australian organisations including NAB, and with meetups such as a new one in Melbourne.

It follows loosely in the footsteps of corporate training programs that have incorporated Lego into learning sessions.