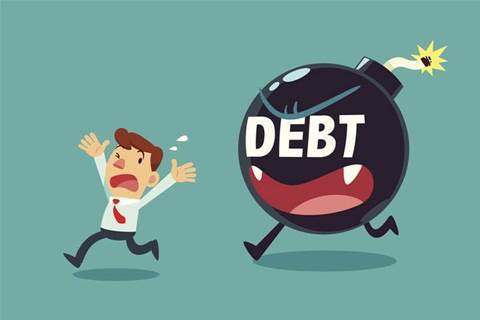 Analysis: The ATO can use real time bank data to make compliance easy. Centrelink should too.

On the sidelines of the Commonwealth Bank of Australia’s media launch of its new banking app, the head of digital for Australia’s largest bank, Pete Steel is thinking, and choosing his words very carefully to an awkward question.

Having just delivered a vison splendid of a world where CBA’s customers can allow their bank to hunt for and collect government rebates, set and achieve savings goals using alerts and decline questionable subscription renewals or recurring bills, he deftly sidesteps a political hot potato: Centrelink’s infamous Robodebt – and whether the CBA could help customers avoid it.

It’s a question that hangs in the air of the cavernous new Eveleigh building that’s kitted out in warm, natural hues of wood grain and muted tones.

Apologising politely for a lack of familiarity on the subject of Australia’s most reviled data matching initiative, Steel backs away. Perhaps sensing danger, he refrains from any comment or opinion.

It’s a fair call too, given the lightning rod level of public interest in Robodebt. Avoiding the grinding, frustrating argument over payments with the lumbering welfare behemoth would be huge to say the least.

Meanwhile, Steel and CBA’s retail bank chief Angus Sullivan are seeking to position the CBA as the frontrunner in intelligent, intuitive and automation-augmented customer experience. A bank as human as you are.

On the same day former Opposition leader Bill Shorten is broadsiding the government over Robodebt’s long and growing catalogue of inhuman defects.

Recuperating from its bruising election defeat, Labor is quickly laying down markers on where it will pursue the government, with the failings of Robodebt up high on its list.

The topic can burn for hours, even days on talkback radio. At almost every ministerial deflection, now in the lap of Government Services Minister Stuart Robert, new customer service aberrations seem to surface.

Roberts is the latest in a succession of ministers handed the welfare department to test their mettle and survivability. There are always issues and reforms are rarely easy.

Last week the ABC’s flagship 7.30 Report uncovered the case of a deceased disability pensioner whose surviving family is being pursued for more than $6000, the latest in a litany of ham-fisted, desensitised and arguably overaggressive attempts to protect government revenue.

Now heavily politicised and emotionally raw, the debate on how to improve the Robodebt initiative is deeply polarised: the government argues the revenue integrity measure is largely working as intended; Labor contends it is fundamentally flawed and must be junked.

Neither have achieved much in simplifying the hairball of underlying rules criticised by the McClure report, choosing instead to keep layering on complexity.

At the heart of the issue is how the government applies data matching, particularly income recipient reporting and reporting of changed circumstances, and then retrospectively adjusts entitlements - often creating ‘overpayments’ that need to be recouped.

Put simply, the government often does not receive the data it says it needs to properly calculate payments before they are released, creating a backlog of funds it then tries to recoup – the so-called debts.

And because the data matching, assessments and recovery requests have been largely automated using data that is often old and lumpy, the real time human nuance, sensitivity and context the CBA is seeking to build into its new app is absent.

But beneath the daily tirade of accusations and points scoring, bank technology upgrades like the CBA’s massive customer data initiative could soon make clumsy and inefficient recovery processes redundant through smarter data, if political will is there.

Getting real about real time

The beating heart of CBA’s customer experience engine is the ability to derive a meaningful picture of a person’s financial affairs and then apply context through increasingly automated decision-making.

More than a decade in the making and built on the foundations of CBA’s SAP-based real time core banking system and its older, companion CRM CommSee, the bank’s latest data posture allows customers to see the state of their financial lives immediately, without the delay of the previous T+2 batched clearance system.

As money comes into accounts, it’s available in seconds, with the data behind transactions – how much was spent or received, on what and from where – now richer than it’s ever been.

Customers can now see what they spend on taxis, public transit, electricity, Netflix or the hairdresser. They can see their wages, tax refunds, or money for a meal split with friends all as they come in.

“It’s a revolutionary tech stack for us,” Steel tells the media at the launch of the new app.

“Simple, smart, secure,” are the core values the CBA is pushing in the new app which CBA retail bank chief Sullivan says are “created with a combination of cutting edge machine learning technology, deep data analytics and behavioural science.”

When Steel reveals the CBA is working with government agencies to enable facial biometric holdings to be used to authenticate and onboard users, interest is immediately piqued because, if successful, the need to front ‘100 points’ of ID at a branch to open an account could finally be redundant.

It also logically follows that once a customer’s digital identity is verified, individuals could very conceivably push financial data the government says it needs to calculate benefits, potentially automatically in near or real time.

When income is received, the elements of ‘from whom and for what’ could potentially flow from a CBA customer’s account to Centrelink immediately, thus negating the need for clumsy retrospective extrapolated reconciliation based on periodical data like tax filings.

The Australian Taxation Office, which has long been wary of Robodebt to the point of publicly distancing itself from participation in the program in 2017, has for some years pursued visibility of people's financial and transaction banking affairs for both customer convenience and compliance integrity.

Four years ago, almost to the day, the ATO’s then chief information officer Jane King revealed the ATO hoped to eventually do away with annual individual tax returns for people with simple taxation affairs if it could automatically see people's financial data, especially income hitting their bank accounts.

“The more we can see of your tax and superannuation business, the lower the touch will be. The less we can see, naturally the higher the touch has to be,” King told the Technology and Government conference in 2015.

At the time, King outlined the potential for a “personalised tax rate” for individuals that could both calculate and collect on obligations as people earned money.

“This is going forward, where we are going to capture data and at the point where you are starting employment, understand where you are up to, get real time reporting and information and be able to adjust your tax rate on-the-fly,” King says.

“You can imagine that if we can combine that with the social services side of government, they can adjust benefits on-the-fly and we don’t have underpayments, overpayments, etc.”

The ATO’s push around digital identity, where it's doing a lot of the heavy lifting, alongside moves to the Single Touch Payroll to maintain integrity and push automation have come some way since then, even if Robodebt has annoyingly rained on that parade.

Show me the money…

At the CBA’s new app launch last week, the scenario floated by Steel and Sullivan was that the bank could soon let you know immediately when your tax refund landed or offer suggestions as to how to responsibly put it to good use.

(Notwithstanding that tax refunds may soon be a thing of the past.)

They also flagged the automation of government rebate and concession eligibility checks and the potential to claim those via the CBA app.

In terms of the computing and data mechanics, staying up to date with tax in real time or the claiming of rebates is not that far removed from individuals being able to update their welfare status in real time to avoid Robodebt’s rapacious collection agents.

It could be automatic or a simple prompt in the app: “Do you want to notify Centrelink of this payment now?”

The will to change

The real issue for millions of Australians is whether Centrelink, Human Services or the new Services Australia can get its ducks in a row to get closer to real time assessment and adjustment to lose the Robodebt overhang.

In this respect there are two fundamental issues:

The first is whether the underlying rebuild of the ISIS (income support information system) and Centrelink’s client management systems will be able to take advantage of real time data from either banks or the ATO to negate the accrual of arrears.

The second is whether the government and Services Australia’s leadership actually aspire to the so-called frictionless customer interactions the CBA, its rivals and other digital businesses including the ATO aspire to.

This is a valid question given the perception of the quality of government service delivery is usually framed by comparisons with private sector digital customer experience and was part of the justification for creating the Digital Transformation Office.

As the DTO brutally discovered at the hands of Human Services, change is more easily said than done.

While the Morrison government’s overhaul of the old Department of Human Services (including the transfer of the Digital Transformation Office into the new Government Services structure) based on the Service NSW model may go some way, the real question is whether policymakers want access to welfare to be easy and convenient.

A longstanding belief in some quarters, especially around unemployment and sickness benefits, is that access to welfare should not be so convenient that it becomes easier than finding a job, as illustrated by various mutual obligation measures like ‘dole diaries’.

Indeed part of the policy rationale behind Robodebt appears to be that the very friction it creates in peoples’ lives is a strong and reasonable deterrent against them trying to either game or cheat the welfare system, or ‘choosing’ welfare over work.

Even if this is part of the effect, it’s hardly efficient administration for a government agency to hand out too much of money, then spend more seeking to recover it and penalise many honest and often vulnerable people for systemic deficiencies beyond their control under a ‘prove-us-wrong’ regime.

If the overhaul to create Services Australia, now being scoped by digital business and government veteran Martin Hoffman, can use volunteered banking data like that now used in CBA’s app to eliminate the need for Robodebt, the opportunity should be grabbed with both hands.

Because the most effective and efficient way to recover overpayments is to pay the right amount of money in the first place rather than creating a punitive and degrading sideline.