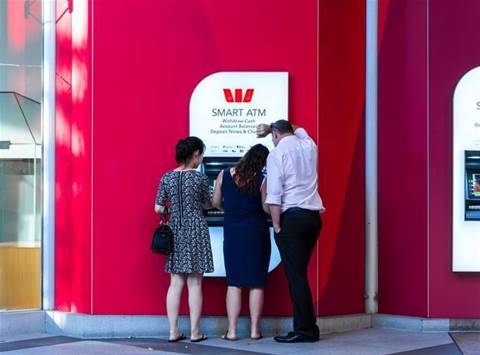 Consolidates spaghetti from 200 apps and systems.

Westpac is claiming substantive success from its decade-long efforts to bring whole-of-institution order, efficiency and discipline to its sprawling technology estate that has been historically challenged by buying bolt-on acquisitions.

Australia's oldest bank this week quietly lifted the lid on what it says has been a major infrastructure renewal across its two data centres to replace legacy plumbing that underpins core services across the multi-brand institution and spans 11 networks.

The revelation, which came in the form of a post to Westpac’s corporate blog, comes as regulators including the Reserve Bank of Australia (RBA) continue to cajole major institutions to pick up the pace of systems renewal to allow customers to take advantage of key reforms like the New Payments Platform.

Just a week ago RBA Governor, Philip Lowe, and its Head of System, Michelle Bullock, used a Parliamentary Committee to again chastise major institutions on the slow pace of tech upgrades.

Notably, Westpac came in for specific positive mention of its recent efforts to connect customers to the real-time platform, despite previous delays understood to have stemmed from a combination of its Hogan core banking system and aging infrastructure.

Earlier this month, iTnews revealed Westpac had also stood up its virtual private cloud on Microsoft Azure, which will become an infrastructure option in its hybrid platform-as-a-service (HPaaS).

Now, detail around what some of those recent challenges have been are emerging, with program director Westpac’s “Group Tech division” Asifa Sherazi saying some infrastructure was approaching “end of life”.

Sherazi is candid about how Westpac’s corporate strategy, especially merger and acquisition activity, added to the complexity of the banks infrastructure renewal as technology catapulted from being a back office expense to a critical competitive differentiator.

“We got here because of multi-brands, strategic mergers and we’re trying to simplify it and make it as easy as possible to do business,” Sherazi said in Westpac’s corporate dispatch.

“The technology is getting old and there’s been a high rate of tech change…so we’re putting in state of the art infrastructure."

According to the bank's missive, the big core network cut-over actually happened in November 2018, though, to be fair, there have been a few regulatory distractions to get in the way of simple pronouncements of success.

According to Westpac “over a weekend in late November” the upgrade program “passed a major milestone when more than 200 apps and systems were migrated into the new core network.”

Westpac said this involved around 60 of its technology and risk staff “bunkered down at the bank’s Kogarah offices” along with “400 stakeholders interfacing with the change.”

The timing also reveals the big switch was one of the last major projects to be completed by exiting Westpac chief information officer Dave Curran who publicly challenged the US vendor culture of persistently swapping staff out just as they became familiar with customers like Westpac.

Notably, the bank has steered well clear of namedropping vendors in its declaration of victory, although Westpac is well known to be a first tier customer of Oracle, IBM and Microsoft.

Unlike its arch rival the Commonwealth Bank, where Curran previously bedded down a SAP-based core banking replacement led by outspoken CIO Michael Harte, Westpac eschewed the need for a core banking switch, pursuing a connectivity layer style of architecture to weave together its multiplicity of systems.

There is clear relief the project went smoothly.

“We had a couple of issues that we resolved and a few red herrings, but nothing major,” Sherazi, a decade long Westpac veteran said in the bank’s post.

“By 10pm Saturday… we said ‘we’ve got this’. It was quite a phenomenal coordination effort because if we had done something wrong, something small, it could have impacted some of the bank’s critical apps.”

Westpac’s Group Tech infrastructure and operations chief, Richard Holmes, is also paying the big switch as proof strong internal capability ahead of what Westpac says is “the more complicated second stage of the program.”

“There’s a long complex run ahead, so getting this one over the line is a great relief and gives me great confidence in the people and process going forward. But the work’s not done yet,” Holmes said.

Westpac boss Brian Hartzer also gets a mention, with the core network upgrade cited as part of a push that has stripped $63 million in costs from technology and operations platforms over the past year.

With the bank believed to be about to turn on Apple Pay ahead of NAB, customers and shareholders alike can expect to hear some more conspicuous noise of Westpac’s tech success in coming months.