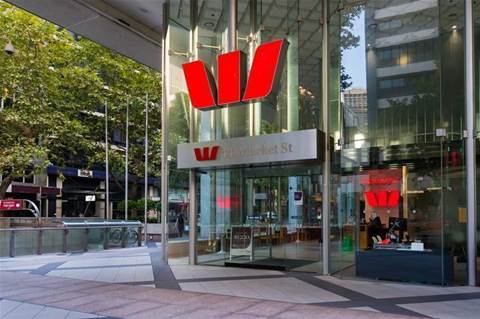 After upgrades at subsidiaries push eftpos through Google Pay.

The odds of Westpac being the next retail bank to switch on Apple Pay for its customers have shortened significantly, after the institution revealed systems upgrades at three of its subsidiary brands to plug transactions from domestic platform eftpos into rival service Google Pay.

Westpac on Tuesday revealed St George, Bank of Melbourne and BankSA had extended options to select CHQ and SAV onto the Google Pay platform, a move that logically paves the way for other services like Apple Pay to swiftly follow suit across the institution’s brands.

Despite continued official radio silence on when Apple Pay will be turned on for Westpac’s 2.5 million mobile banking customers, the bank again left the door conspicuously ajar to the upgrade after the Commonwealth Bank backflipped on an unofficial boycott of Apple Pay in December 2018.

“We continually review how we help our customers with their mobile banking needs and remain open to considering Apple Pay in the future,” a Westpac spokesperson said on Tuesday.

While both Westpac and NAB would probably prefer to share more details and timelines with customers, it is understood Apple has maintained a policy of intense secrecy surrounding launch details, including brandishing sanctions at banks should they break cover early.

The customer loyalty stakes big bikkies for banks deploying Apple Pay. The CBA revealed in early February it plugged in 500,000 customers in just a fortnight to the popular service.

But the belated the efforts to roll out Apple Pay across all big four banks are not without their friction points. CBA customers complained loudly about eftpos’ CHQ and SAV options being left off the Apple Pay service in the rush to market.

The lack of eftpos cross-functionality occurred because CBA made a call to prioritise debit transactions – that is money being drawn from cash transaction accounts rather than credit cards – to run on Mastercard’s scheme rails rather than plugging in the Australian developed service when using Apple Pay.

The decision, while a faster road to market, meant conservative customers averse to brands linked to credit cards were left at risk of feeling left behind.

ANZ, which never signed up to the unofficial Apple Pay boycott, has already ported eftpos onto Apple Pay, a move it announced with some fanfare in January just days before CBA switched on its Apple Pay service.

The sticking point for many banks is that while eftpos and ATM functionality is usually embedded in ‘dual network’ or so-called combi-cards issued by banks, institutions still need to provision eftpos functionality in Apple Pay to allow SAV and CHQ functions to appear.

The eftpos options are more than a moot point for merchants too, especially after the Reserve Bank of Australia instigated lowest-cost routing reforms that allow merchants rather than banks to make the call on which rails payments ride.

Shopkeepers, especially those which have higher volume of lower value transactions that are now displacing cash, have a strong interest in preserving eftpos availability because SAV and CHQ payments take a lower clip of the ticket at the checkout.

A key reason CBA, Westpac and NAB resisted Apple Pay for so long is that the service dramatically cuts margins on card transactions because of the size of the clip Apple takes.

For banks offering merchant acquiring services – that’s the account behind a terminal that accepts the money – any escalation in acceptance costs eats away what little margin is left.

The cost of accepting payments is most acutely felt at big retailers like supermarkets, which on occasions have gone as far as to disconnect certain payment types in protest at the size of the clip, with Woolies unplugging some Visa and Mastercard debit transactions in 2010.

Almost a decade later, those same rivalries are still slugging it out.