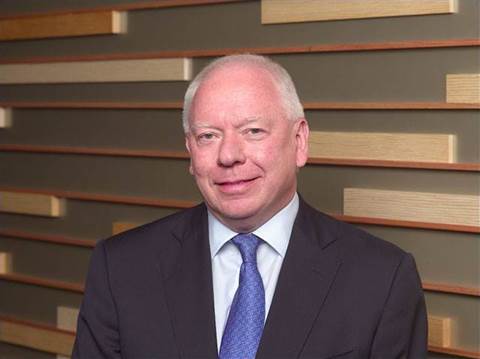 Australia’s New Payments Platform is set to take the spurs to the local banking industry, revealing it has hired the straight-talking former Commonwealth Bank and Westpac CIO Bob McKinnon as its new independent chair.

A 40-year hands-on veteran of major bank tech overhauls, McKinnon’s appointment will give the RBA-supported real-time platform a significant boost in terms of cajoling institutions into delivering new products and services.

The hire comes in a year that has kicked off with major distractions including the Commonwealth Bank’s conspicuous backflip on boycotting Apple Pay, the soon to be released final report into the Banking Royal Commission and the well-anticipated delay to the rushed open banking implementation.

All are jostling for attention in tech strategies and IT shops as institutions big and small compete to attract and retain project talent from a digital skills pool that has been depleted by cuts to the former 457 visa program.

McKinnon’s big advantage for the NPP (aside from a forensic knowledge of where many bank tech bodies are buried) will be his renown persuasiveness over many institutional hard heads that might not otherwise see plugging into the new network as urgent or imperative.

Part of that sell is certain to be the valuable rich data that can be generated and carried in NPP’s messaging, which in turn opens the door to an array of far more intelligent financial services transactions that can be used to differentiate offerings.

But to take advantage of the opportunity that has been more than a decade in the making, many institutions first need to be convinced its worth tooling-up for richer, real time transactions over off-the-shelf services like Apple Pay that immediately please customers but decimate margin.

A major part of that battle, one that McKinnon will necessarily have to fight, is convincing businesses big and small of the commercial advantages of real time payments over the entrenched incumbent T+2 (transaction plus two days) system that sits on money in transit for days at a time.

It’s a challenge McKinnon is likely to relish.

Having previously held c-suite at builder Multiplex, McKinnon was also instrumental in rehabilitating the Commonwealth Bank’s internal IT capability after its dalliance with outsourcer EDS that pillaged its way across major corporates and government in Australia.

Regaining some of the internal development capability to launch better priced and more feature rich products and services that compete with overseas offerings like Apple, Google, Mastercard and Visa is pretty well what the Reserve Bank has indicated it wants to see quickly.

Chief executive the of NPP Australia, Adrian Lovney, said McKinnon’s multifaceted career led the NPPAL Board to determine he was the stand-out candidate.

“Bob’s extensive leadership skills have been garnered from a highly respected career in multiple senior executive roles of major ASX listed companies including CIO of both Westpac and the Commonwealth Bank of Australia. He has held c-suite roles in organisations including Brookfield, Multiplex, State Street Australia and Lendlease,” Lovney said.

“Bob has also founded and held board positions in organisations focused on developing and delivering disruptive innovation in the financial services sector, including the Invigor Group, Blue Chilli Technology and the Mirin Group. His experience and insight will be a valuable addition to our Board.”

Lovney thanked previous NPP chair Paul Lahiff and independent director Chloe Munro for their help in “allowing us adequate time for the extensive market search required to fill the position.”