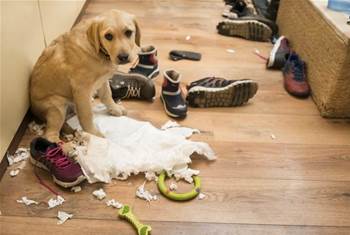 Australia’s biggest banks have received another public smack on the nose over delays that have dogged them properly plugging into the New Payment Platform, with Reserve Bank of Australia Governor Philip Lowe reiterating his clear disappointment over slow progress.

Giving evidence to the House of Representatives Standing Committee on Economics, Lowe said the missed deadlines by banks had “regrettably, slowed the pace of innovation in the overall system, given the substantial network effects that exist in payment systems.”

The central bank’s tough line with the majors comes as it seeks to maintain sharp pressure on retail institutions to upgrade older systems so they can plug into the new real time platform that does away with the infamous two day delay in having fund transfers between banks clear.

“Late last year I wrote to the CEOs of the major banks on behalf of the Payments System Board, expressing our concerns and seeking a commitment that the updated time lines be satisfied. It's important that these commitments are kept,” Lowe stressed.

While both the CBA and NAB have both recently lost their CEO’s in the fallout from the banking royal commission, the RBA chief’s comments make it clear the regulator is in no mood for any more excuses or last minute late notes.

The slipping of the compliance dates surrounding Open Banking (which Labor appears to be getting more reticent about) will also neuter complaints there is only so much tech change banks can cope with.

Also fronting the committee, the RBA’s Assistant Governor for Financial System, Michele Bullock got stuck into major institutions over the pace of replacing clunky old IT to enable NPP functionality across institutions.

“The main reason that seems to be coming back is that their legacy systems are just much more complicated than they thought they were going to be,” Bullock said of the banks before noting that they have had plenty of time.

“I think there's probably some truth in that, but I also think that they've had a very long time to address this issue, and they should have been, really, a bit more ahead of the game.”

Bullock noted that although 2.5 million Australians “have registered PayIDs, and the banks are progressively adding functionality to the new system” it wasn’t a uniform experience for bank customers.

Part of the challenge is that while all of the Big Four have plugged their back ends into the NPP, that doesn’t automatically mean all of their customer-facing front ends know how to talk to it or have it talk to them.

Aside from tweaking core banking systems, switching has been a known issue with some banks as have mobile apps and the level of readiness for retail accounts to accept and clear in real time.

Banks are also at various stages of development in terms of what can be done with or without PayID, for example with existing BSB number and direct entry deposits.

In simple terms, the lack of uniform preparedness and connectivity between literally dozens of bank systems and their third party providers can mean that even if money is sent in real time, it may not be instantly accessible – a key objective of the new system.

Pursued on detail, Bullock put it this way.

“It depends on which bank you're with; that's the point we were making earlier. Some banks are a little bit ahead of others. With some banks, you need a PayID to make a fast payment. For others, you don't; you can just use your BSB and account number to make a transfer. So it depends a little bit on where the banks are with their systems,” Bullock said.

“But, ultimately, when the system is completely built out you will be able to make a fast payment to any account, whether it be your own account at another bank or someone else's, using either a PayID or a BSB and account number.”

That answer, predictably, led to the next logical question – who’s dragging the chain?

“I'd rather not single out a particular bank,” said Lowe diplomatically, immediately piquing the curiosity of Labor MP Matt Keogh.

“I would rather you do single them out,” Keogh informed Lowe, putting banks on notice in the same breath.

“And, to be clear to all of the government-relations people at the big banks listening: I will ask you this question in a week or so.”

A week may not be a long time in banking, but it can be in politics. If the official spreadsheet of shame materialises, we’ll endeavour to publish it.

In the meantime the RBA isn’t sitting idle.

The dawn of the NPP isn’t just keeping bank systems integrators awake at night, with econocrats and payments data nerds put on notice on Monday that key statistics are getting a makeover via a notice through the Payment Systems Board meeting minutes.

The RBA has named 21st March as the day it will push through changes to its monthly payments statistical tables, the historical sheets that are used to feed tracking and spending data across Australia for everything from how much we racked-up on card spending to the level of credit card debt we hold as a nation to how much cash was spat out of ATMs.

“The new tables expand the range of data that the Bank publishes, including new data on the NPP, on credit, debit and prepaid cards, cheques and the ATM system. Seasonally adjusted payments data will also be published for the first time,” the RBA said.

The seasonal adjustment, as nerdy as it sounds, is a fairly important development from an analytical standpoint because it means that businesses and policy makers sucking down the new massaged data will be able to more consistently decipher trends without trying to factor out spikes like Christmas.

The RBA said it will also publish “separate data on prepaid cards and new breakdowns within credit and debit cards”.

We suspect that means there will soon be a figure on how much unspent cash is sitting on pre-paid plastic.

That number, when it comes, will be illuminating to say the least.