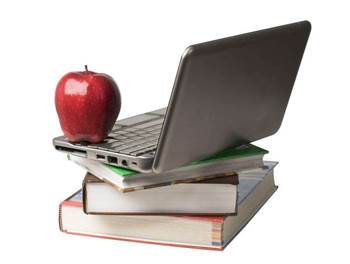 Western Australia's Department of Education will deploy BYO device management capabilities in the next release of its standard operating environment (SOE) for schools, another key milestone in its long-term vision for ICT use by teachers and students.

Speaking from the sidelines of the Australian Computer Society's Western Australian conference, Veen said the upgrade elements would be deployed by July 2013.

"At the end of July when all those nine elements are deployed we'll call it 4.2," he said.

With the price of tablet computers continuing to fall, Veen considers it only a matter of time before "more parents will be able to afford them" and want their children to be able to use them in schools.

"What we're seeing in ... schools is the parents are saying they've got 25 iPads in the school, I might buy my child one for Christmas," Veen said.

"We're saying to the schools, 'That's fine'. The beauty of the Apple product and its hindrance is it's all controlled by Apple.

"Because it's all iTunes based delivery of applications that are all pre-tested and cleared and everything else, we find it fairly reasonably safe to say, 'Yes, you can bring that to school'.

"What we want to do in the future is have kids bring their own computers to school. We don't allow that as yet."

Ultimately, the department hopes to allow any BYO device to connect to the school networks. Because the devices are privately owned, technical support will have to come locally at schools, or from parents.

"At the end of the day we don't want to dictate the devices any more," Veen said. "That's going to be a school or parent decision."

Details of how fleets of BYO devices would be managed by schools or served content are still being nutted out.

Veen isn't particularly keen on the idea of serving something like a virtual desktop image to the devices, since it would require a "super server" onsite at a time when the department is trying to reduce the amount of server iron on school sites.

"We're pushing more [for] access to file shares without being on the [school's] domain, [which] is what we're trialling now," Veen said.

"Kids can walk in with their device and they can log into the [school's] wireless network, get access to a file share and just drop their assignments or pick up assignments from that."

BYOD is also expected to cascade from schools to departmental administrative staff in central office and regional office environments, although Veen noted this is "further down the track".

The department is continuing its long-running project to bring two sets of schools onto the current version of the school SOE, which is version 4.1.

"I use the term SOE but it's probably not the right term," Veen said. "It's more of a common network environment."

Which schools have SOEv4.1 and which schools are in line to get it is complicated, owing to the funding models involved.

Another 211 schools — a mix of primary, secondary and education support centres — are in line for SOEv4.1 or later. These schools received a previous iteration of the SOE — version 3.4 — which was born out of two state-funded projects, 2003's '100 Schools Project' and its extension, rebranded 'Learning with ICT'.

"There is a little bit of overlap there for secondary schools that were part of both projects," Veen said.

SOEv3.4 has a far larger hardware footprint than SOEv4. The older SOE involves two separate networks and three servers at each school. Rather than refresh all three servers, the schools are being progressively moved to the single-server, single-network SOEv4 as they come up for refresh. The refresh cycle is expected to run until 2015.

"We'll probably have 220 schools completed [onto SOEv4.1] by Christmas," he said.

Western Australia has about 770 schools statewide. Those not in line to receive the SOE — mostly primary schools — "will still be self sufficient in their ICT", though the department is hopeful in future of having every school in the state on the single SOE platform.

A recent standing committee report in Western Australia recommended that the state commit enough funding "to allow the rollout of SOEv4 to all schools in WA by the end of 2015". (pdf)

"We're working with the state government on how to address that," Veen said. "It's just a case of wait and see."

Continue to page two to find out what the SOE means for Department of Education's long-term ICT vision.