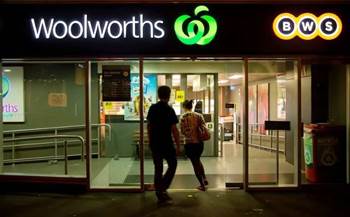 Woolworths is quietly pursuing one of Australia’s largest-scale internet of things (IoT) projects, installing sensors throughout its supply chain to track fresh produce “from farm to fork”.

The project, understood to be codenamed ‘Fresh Insights’, offers the supermarket giant data collected across its supply chain, from growing food to transporting it to shops and then selling it.

“We’re looking at putting internet of things devices - and we have already - everywhere from the farms, vineyards that we run, to dairy farms, to see from beginning to end what has happened,” Woolworths’ GM of IT service operations and infrastructure Patrick Misciagna told a recent industry forum.

Misciagna said Woolworths is able to keep track of how much sunlight and water its crops receive, when produce is picked up by a truck, how long it is refrigerated in transit, how fast it is travelling and even “how bumpy the roads are”.

“You don’t want your produce damaged on the way,” Misciagna said.

“Not only because we’re the ‘fresh food people’ and we want to give you that fine product, but also because anything that’s damaged is waste.

“Even if we do send it back to a farm to feed animals with, I have to pay for the fuel to [take it back]. So we took all that into consideration.”

Aside from optimising its supply chain, it appears Woolworths plans to make some of the data available to shoppers so they can check the provenance of goods.

Both Woolworths and its supermarket rival Coles have previously tried a version of this, where shoppers could scan a QR code on the back of a bag of carrots - in the case of Woolworths - and receive some information on where they were grown.

However, the latest implementation of this idea appears to be far more sophisticated, potentially relying on some of the insights taken from the farm to fork project.

“We’re doing some very cool things with IoT in the stores ... where you can scan over the food product with your phone and actually see the entire journey that piece of fruit or meat took throughout its life,” Misciagna said.

Misciagna presented a futuristic vision for Woolworths supermarkets in which large parts of the store infrastructure was connected.

Woolworths has already introduced smart refrigeration, smart lighting and smart thermostats “amongst other” hardware to its store network, all of which are networked.

As Australia’s second biggest user of electricity, Misciagna said Woolworths had turned to the internet of things to reduce its power costs “by as much as we can”.

The company had problems with its fridges being overworked on hot days. If the store’s air conditioners did not cool a store sufficiently in hot weather, the refrigerators ended up “working extra hard” to fill the gap, essentially cooling the store down instead of just the refrigerated goods.

“We’ve now gone with internet of things for smart refrigerators, smart lighting and smart thermostats, amongst other things, to actually work off of each other instead of fight each other,” Misciagna said.

“When the store doesn’t need so much lighting, the lighting [level] lowers down, which also reduces the ambient temperature, and allows the air conditioner to do its job [better].

“The refrigerator, therefore, doesn’t have to work that hard and we can monitor all that remotely and keep the store running and keep the food cold.”

In the future, it is possible that Woolworths’ self-service checkouts could be given AI smarts to allow them to recognise fresh produce without requiring data entry by the shopper.

Currently, when someone uses a self-checkout, they must typically search for and select a fresh produce type from an on-screen menu.

“Everyone’s biggest complaint is that you fly through scanning all your other stuff and then you come to produce - like an apple - and you have to go through [all these] menu options [to purchase it],” Misciagna said.

While he did not say it was specifically under trial, Misciagna said one option was to use a 3D camera and machine learning algorithm to allow the self checkout machines to automatically recognise an object.

“You could put the apple down, it is optically scanned and comes up as a choice of either an apple or a capsicum,” he said.

If the self checkout machines were networked, the algorithm could learn from produce being scanned across all 3600-plus stores.

“That’s the importance of tying it all together with the internet of things and AI/ML,” Misciagna said.

“The broader you go out, the larger the sample you get.”

Another possible use for IoT that Woolworths is exploring involves push notifications to members of its Woolworths Rewards loyalty program.

“We hold information on over 16 million Australians in the Rewards, so we have that shopping history,” Misciagna said.

“With the beacon technology we have in the stores, we can identify you [as you enter] - if you sign up and opt-in for this feature of course.”

Misciagna noted that while that did not allow Woolworths to “know exactly what you’re buying all the time”, the company did want to explore how it might be able to remind or encourage shoppers to make purchases.

“When you walk into the store, we can tell every two weeks you buy coconut water and you haven’t bought it today, you just walked by [the display],” he said.

“So we could send you a text to your phone, asking if you need more coconut water. ‘You just passed it, and it’s on sale’.”

Misciagna said the company was still unsure how that kind of marketing might be received.

He noted customers might be genuinely happy to be reminded, but equally they could be repulsed (“get out of my phone”).

“The key thing there is to make it opt-in or opt-out because we’re bordering right now on [being] creepy.

“It’s great when you get some value out of all of this data in the retail environment, but you can go too far. It’s a very delicate balance on how much you know about your customer and how much you give back.

Woolworths appears also to be using sensors that can be attached to the tail of cows to indicate when they are about to give birth.

Misciagna said the project was aimed at preventing stillbirths on cattle and dairy farms, though it was unclear if these were farms that supplied to the supermarket or were under some form of ownership.

He also did not discuss the technology being used, however there are solutions on the market such as by start-up Moocall, which are known to be in use on Australian farms.

“When the tail of the cow lifts up - and it lifts up for a couple of different reasons, we don’t care much about one reason - [for] a certain time, we know that that cow number is pregnant, we can now tell that cow’s about to give birth and we can send someone out there, instead of them finding out the next day and going if the cow’s in trouble,” he said.

“We didn’t throw the sensor on the cow’s tail just to see what happens. We knew what we wanted to do.”