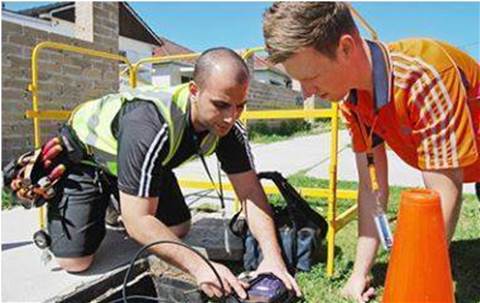 A second major telecommunications technical services supplier is being painted up for a class action on behalf of staff who were allegedly dudded on pay and conditions by deliberately classifying them as contractors when they were legally employees.

Shine Lawyers, the law firm made famous by Erin Brockovich, has put the call out to staff at ASX-listed services provider BSA to register their interest in suing the company to recoup money they would otherwise have earned as PAYG workers.

The move is the first step in what is quickly shaping up to be a second major push against telco-related contracting companies after Shine mounted the biggest class action yet in Australia in a case that is looking to wrest $400 million back from NBN supplier Tandem.

The latest push by Shine revolves around essentially the same principle and precedents fueling the Tandem (formerly Infrastructure Services Group Management), primarily that services companies have been illegally exploiting workers by forcing them to comply with employee-like requirements without giving them attendant pay, conditions or entitlements.

“Shine’s investigation into BSA is focused on claims that since at least 2012 BSA engaged in “sham contracting” by misrepresenting the true nature of its engagement with thousands of telecommunication technicians by purportedly entering into sub-contracting arrangements with the technicians when in fact they were employees of BSA,” the law firm said in a statement.

“If found to be employees, telecommunication technicians could be entitled to annual and long service leave, minimum wage, overtime, superannuation and other payments under the Fair Work Act (2009) and Telecommunications Services Award.”

The attack by investor funded litigants is a nightmare for Australia’s telecommunications and broadband sector because, if successful, it could substantially blow out costs and require hundreds of millions in back pay and compensation.

Tandem has vowed to defend the case against it rather than settle, putting the matter on the runway for a court precedent that could impact similar cases.

Litigants have been keen as mustard to get their teeth into the telco contracting sector after a series of significant wins in the courts by unions, particularly the Transport Workers Union previously led by Tony Sheldon, that carefully picked its marks in running cases against employers using contractors.

However Shine measuring-up BSA for a takedown is unlikely to be cause for celebration at the Communications Electrical and Plumbing Union that now has to contend with a break-away group of former officials that set up the Australian Communications Workers Alliance, which is advising Shine on the Tandem case.

The entry of Shine into what is essentially an industrial relations case raises questions about the performance of the CEPU in representing workers in the telco sector at a time when there are major rollouts underway.

While unions have a vested interest in promoting traditional employee contracts, the Australian Taxation Office is also watching sham contracting litigation closely because it potentially stands to benefit from recouping taxes that should have been paid as PAYG.

Contractors, especially in the IT sector, are a prime target of the Black Economy Task Force that has launched a crackdown on companies using IT contractors which will be forced to make declarations on payments for the next financial year.