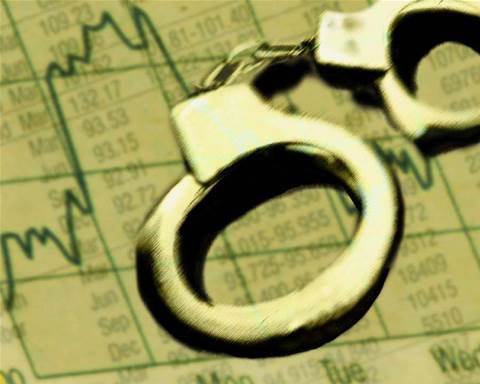 Firms with more that 10 percent IT services hit.

The Tax Office’s bid to claw back billions from IT contractors operating in shadows of the black economy has been extended well beyond the technology sector, with businesses deriving more than 10 percent of their GST applicable turnover now targeted under the mandatory reporting dragnet.

The ATO this week conspicuously escalated the raft of measures it will use to detect dodgy tech contractors, with deputy commissioner Deborah Jenkins warning that the first reporting period for when it becomes compulsory to for businesses to track (July 2019) and later declare (July 2020) their use of IT contractors will kick-in in just a few months.

The ATO stunned the local technology sector in July last year when it revealed IT contractors had become a prime tax avoidance target through the Black Economy Task Force and revealed it was going after the IT services sector using the Taxable Payments Reporting Scheme (TPRS).

Under the TPRS, it becomes mandatory for companies designated as providing IT services to supply the ATO with details of payments made to contractors working for them, or face steep penalties and the potential loss of tax deductibility for untracked payments.

Under the crackdown, which has previously been applied to cash and contractor centric verticals like couriers and security, companies providing IT services must report their use of contractors, including amounts paid, from July 2020 for the preceding financial year.

That means companies must tracking their use of IT contractors from July 1 this year or risk losing their ability to claim the labour as a cost input.

However in a surprise development the extent of which companies are roped into the TPRS and required to hand in a TPAR (Taxable payments annual report) has dramatically widened far beyond traditional IT services firms and contracting body shops that supply labour to projects.

“If your business provides mixed services, not just IT services, you may need to lodge a TPAR if the payments you receive for IT services make up 10 percent or more of your total GST turnover,” advice from the ATO now says.

“If IT services are only part of the services your business provides, you will need to work out what percentage of the payments you receive are for IT services each financial year to determine if you need to lodge a TPAR,” the Tax Office added.

For those unsure about which side of the line they fall – and let’s face it businesses change every year – the ATO helpfully advises that “you can choose to lodge a TPAR even if you're under the 10 per cent threshold” and provides the formula for calculation.

In terms of who gets hit, Tax uses the fictitious example of “Goodtime Software” that it says “develops accounting software for clients” using a mix of employees and contractors.

Bad accountant jokes aside, Tax says that Goodtime writes tailored applications for clients “and provides ongoing software patches to fix bugs as they are discovered.”

“Goodtime is considered to be 'providing an IT service' as the software has been developed for the client based on the outcome for which they contracted with Goodtime,” Tax says.

“The software was not produced for general sale or distribution. The writing of software patches for this accounting software is also considered to be 'providing an IT service', as the patch was written to address issues in the accounting software specifically developed for the client.”

On the basis that “the total payments Goodtime received for IT services is 10 percent or more of its current GST turnover” Tax says it needs to lodge a report (TPAR) for its contractors, but not employees because they are already covered by PAYG reporting.

(For more examples like Goodtime, the ATO offers this reference page).

The question many businesses that provide mixed services and software – think consulting, app development, digital strategy or anything else in a web-connected business – will be asking is if they will now be caught in a much wider net.

Tax certainly isn’t backing away from its big push.

Trumpeting that the TPRS “protected $2.7 billion from being lost to the black economy in the building and construction industry in the 2015-16 financial year”, Deputy Commissioner Jenkins clearly has high hopes for a greater tax take from the tech sector.

“TPRS strengthens our ability to match income tax returns from contractors against what businesses report paying, allowing us to detect those trying to hide income and evade tax. The success of this system proves that if you’re trying to evade your obligations it won’t go unnoticed,” Jenkins said.

“Businesses who are doing the right thing don’t need to worry, however if you’re not meeting your tax obligations there will be consequences.”