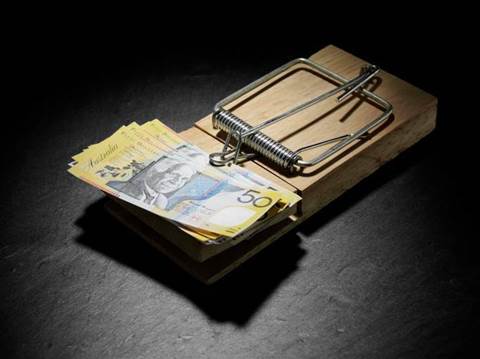 The federal government has released its long awaited hit list of IT contracting jobs and roles roped-in under the $50 billion black economy crackdown, as it applies the compliance stick through a raft of legislative changes for businesses.

Announced during the Budget in May, the new measures classify the IT industry as high risk in terms of likelihood of tax avoidance, placing it alongside cash-in-hand heavy sectors like cleaning, building and construction and the security industry.

Treasury on Tuesday released exposure drafts and explanatory memoranda for the new laws to industry which spell out what kinds of IT contractors will be targeted by the Australian Taxation Office (ATO) under the new laws.

The get tough regime will make it mandatory for companies designated as providing IT services to supply the ATO with details of payments made to contractors working for them, or face steep penalties and the potential loss of tax deductibility for untracked payments.

The crackdown follows widespread government frustration that both major tech vendors with services and outsourcing arms - and their contractors - have been gaming the Australia’s tax system by under-declaring taxable income.

Contracting roles set to be hit by inclusion under the Taxable Payments Reporting System (TPRS) which will require IT firms to supply the ATO with contractor payments data include:

They do not cover the traditional sale of hardware and software, including software-as-a-service but do include customistion work performed by contractors.

The bid to catch evaders follows new immigration rules governing the importation of skilled technology labour start to bite through the replacement of the 457 visa with the Temporary Skill Shortage (TSS) visa which took effect in March this year.

Foreign-sourced contractors hired out by IT services companies have been a long-term target of revenue agencies amid persistent accusations labour arbitrager used by big companies were being used to undercut local prices despite immigration regulations prohibiting the practice.

A major area of concern was whether services firms who remitted contactor payments for work performed in Australia via offshore accounts actually paid the rates indicated by their tax withholding paid in Australia.

“Honest businesses meeting their tax and other obligations lose out to competitors doing the wrong thing and this encourages others to begin operating in the black economy in order to remain competitive,” Minister for Revenue and Financial Services, Kelly O’Dwyer said.

“Taken together, these measures are an important step to improve compliance with tax obligations and deter businesses from engaging in the black economy.”

Stakeholders have until Friday 17 August 2018 to comment and make submissions on the exposure draft legislation and explanatory materials.