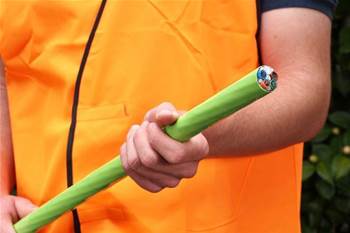 "Reviewed by relevant regulators with no adverse findings".

Tandem, the telecommunications contracting company and NBN supplier targeted by a $400 million class action launched by Shine Lawyers, has vowed to defend the case saying it is “extremely confident” about the legality of its subcontracting arrangements.

As the battle lines are drawn for what is fast shaping up to be the biggest labour relations cases across the telecommunications and technology sectors in Australia to date, the key supplier to the NBN and Telstra has come out swinging.

In a substantive public response to legal action launched with the support of communications unions and workers associations this week, the Tandem is defending its practices including the use of traineeships for long term unemployed people.

“Tandem is aware of the claims being made by Robert Mutch and Shine Lawyers and considers these to be misconceived,” a statement provided to iTnews by a company spokesperson said.

“We are very proud of the services we provide to some of the country’s largest companies and, through our sub-contracting arrangements, support more than 4,000 small businesses across Australia, Tandem's statement said, adding “its engagement model” created “social and economic benefits.”

A key argument Tandem is publicly pushing is that its practices have already had a ruler run over them in terms of compliance, a line its opponents clearly want tested in court.

The class action and claim for compensation by Shine Lawyers essentially argues Tandem’s subcontractors are or were employees because of the conditions and requirements imposed on them by the company, thus opening the door to award-based rates and entitlements including leave and superannuation.

“We believe that our subcontractor model provides flexibility, choice and competitive returns for Australian small businesses. Further, these arrangements have previously been reviewed by relevant regulators with no adverse findings made,” the Tandem spokesperson said.

“Subcontracting arrangements have been used in the telecommunications sector for more than 20 years and are also used in other industries by many Australian and international companies.”

While the company is also defending its role in traineeships for the unemployed, on Friday it named other providers involved in the program now roped into the dispute and under fire from communications workers’ advocates.

“With regards to the traineeship program in 2013, as the industry partner in a traineeship program, TANDEM worked with Telstra, industry groups and private sector entities to help long-term out of work people enter the telecommunications industry following the completion of 28 weeks of classroom and in-field training,” Tandem said.

“Participants in the industry program attended an induction week with AI Group Training Services (AiGTS) and completed a four-week pre-employment course provided by AiGTS, prior to entry into the industry program, during which time they were eligible to receive payments from Centrelink. This pre-employment course included some elements of a Cert II in Telecommunications.”

Tandem also insists the training arm of the business lobby group Australian Industry was the employer.

The 2013-14 Industry Training Program that Tandem was part of “was a positive initiative for long-term out of work individuals” the company said.

“Of approximately 350 who undertook the industry program, nearly 200 are still workers for companies providing field management services to TANDEM. Many more could be providing services to other organisations and sectors today. Many of these companies now engage other workers to assist with providing customer solutions.”

Advocates supporting the communications workers’ class action aren’t buying the arguments and say those who tried to make a fist of the traineeships and later work offered never stood a chance.

National president of the Australian Communications Alliance, Len Cooper, told iTnews that some of the subcontractors and trainees “have been exploited in a worse fashion than the cases that have so far been turned up which they call wage theft.”

“Basically it costs them $60,000 to equip themselves to buy into a job – that’s for their truck, test equipment and all their parts – they have to pay their own superannuation and workers compensation, obviously they don’t get paid any leave of any description,” Cooper said.

“In effect what happens is they buy themselves into a job; the contract is a ‘zero’ contract – that means they don’t get guaranteed any work, they get themselves into debt and have to start paying it off,” Cooper continued.

“When they get in there they find they are controlled completely like employees, they have to be available basically seven days a week, morning until night and they have not right to negotiate their pay rate because that is set for them when they sign the contract.”

It is understood that an Australian bank provided some of the financing, though the terms, amounts and how the funds were extended or brokered is yet to be confirmed. However it is believed the loans were extended on an unsecured basis.

In its statement, Tandem said it didn’t force the loans onto subcontractors.

“Tandem did not require participants to obtain finance from any specific company to establish a business.

Introductions to various services providers were offered and participants were encouraged to seek independent advice and make business investment decisions based on their individual circumstances,” the company said.

For Cooper and the ACWA, it’s the very model of companies shifting costs onto contractors with little say that’s the big target.

“That employment model saves millions for companies like Telstra because they don’t have to pay those costs and the wage rates are terrible,” Cooper said.

“We are trying to end that employment model.”