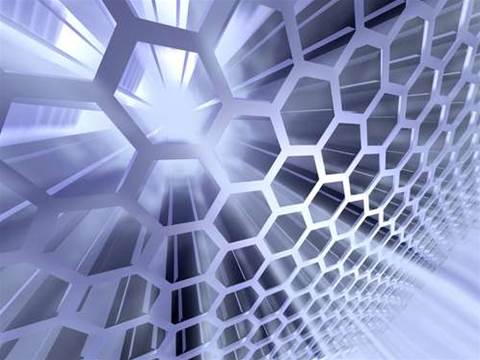 Researchers from Australia and Singapore are developing a wireless ad-hoc mesh networking technology that uses mobile handsets to share and carry information including high quality video.

The mesh network will make use of Bluetooth or Wifi and could be used at a large sporting event, conference, or even a crowded city centre during an emergency, to swap information between handsets - even if the mobile phone network was offline.

Researchers from National ICT Australia (NICTA) and Singapore's A*STAR Institute for Infocomm Research (I2R) hope to demonstrate the technology within two years, according to the NICTA project leader Roksana Boreli.

One key benefit of such a technology would be that users sharing content between their devices would use the wireless capabilities already built into their phones and not bandwidth from their mobile provider, so the data exchange would be free.

At this stage, Dr Boreli told iTnews that the researchers are trying to overcome technical issues such as how to establish a trusted connection between the devices. Once the technical issues have been solved, its uses are only limited by the imagination of the users, she said.

"This is an early stage in the research project. We are addressing how you would quickly establish trust between devices, how you would discover them and [use them to] share information.

"You can be quite free in dreaming up the services or applications to put on top of it because if you enable content sharing from multiple sources at the same time, and you do it complementing the existing network, it opens up new services," said Dr Boreli.

One potential scenario could be during an emergency where the mobile phone network was unavailable or clogged. In a city centre users could set up the network to share information, video, photographs and, depending on the final client applications, even locate friends and loved ones.

"If you think of this as a totally unstructured mesh. It is not pre-planned or pre-organised, there is no authentication of nodes, technically speaking. Even though you have wireless connections between nodes, there is nothing pre-planned and the network just forms. It would work very well in very crowded events," she said.

Another potential scenario, according to Dr Boreli, could be a sporting event such as a major tennis tournament.

"For example, multiple tennis courts, where you definitely cannot see all [the courts] at the same time," said Dr Boreli.

She explained that the event organisers could invite people to join the network and share videos from other courts or content could be created by the users themselves to provide a "360 degree YouTube video with multiple sources".

Dr Boreli said users wanting to join the network could do so using a simple application on their phone. However, she said for now, the researchers are focussed on getting the technology to work rather than the uses that it could be put to.