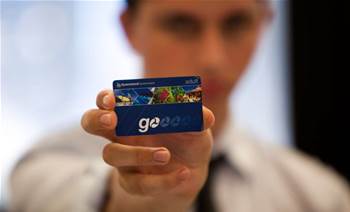 The card had also cut the time taken for passengers to board busses, trains or ferries from 11 to three seconds, he said.

"When you add this up across a day, over an entire network, these are significant time savings," he said, noting that "other states [were] taking notice" of the system.

Since its July 2008 launch, Nolan said the card had become "part of south-east Queensland lifestyle", with 1.3 million cards issued and used for two thirds of the region's daily public transport trips.

Nolan said the State Opposition's "constant criticism" of the go card "looked ridiculous" in light of the forum's report, noting that the cards were used more than 450,000 times per day.

Nolan said the State Government had distributed almost 300,000 go cards with $10 credit in a $4 million publicity campaign during June and July.

On July 6, Queensland transit authority Translink was reported to have given away only 110,000 of the 370,000 available free cards.