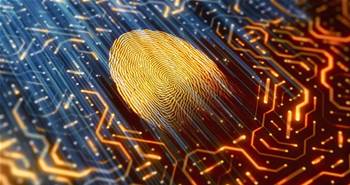 “One of the Digital Transformation Office’s first tasks will be to ensure people no longer have to complete separate log on processes for each government service,” he said in January 2015.

“Instead, people should have a ‘digital identity’, which they can use to log in to each of their services across the government.”

Such a digital identity credential was also expected to help stave off further increases in the cost of identity crime, which in 2014-15 stood well north of $2 billion each year.

Faced with these challenges, the DTA got to work developing its answer to Australia’s digital identity challenge: Govpass.

It is now considered central to ensuring all government service become available through digital channels by 2025.

"Digital identity makes it possible for Australians to create their digital identity once and reuse it multiple times to access a range of government services, safely and simply.”

The opt-in scheme, which relies on a decentralised model, was envisaged as an 'identity federation' consisting of public and private sector identity providers and services.

It relies on a 'double-blind' that allows identity providers to vouch for a person when they transact with third-parties services without revealing that individual's single identity credential.

Importantly, the decentralised model allows individuals to choose their identity provider, a key criticism of previous attempts by the government to introduce mandatory identity schemes.

The DTA began trialling Govpass – and by extension the ATO’s myGovID credential – with a test group of Australians in October 2018.

But it wasn't until seven months later that the core infrastructure was deployed to production to prepare for the public beta launch of myGovID.

Since then, the DTA has been working with the ATO to iteratively improve the infrastructure and progressively release new services that myGovID can be used to access.

Further services are expected to become accessible via myGovID over the coming next three months, including the government’s online services portal myGov.

The myGovID app will also eventually be capable of using liveness detection to determine whether a person is real, though the DTA is still working to bed down how this will work.

“By being able to verify a user’s identity with a biometric match, gives relying party services a higher level of assurance that people are who they say they are, reducing the opportunity for identity theft and fraudulent activity,” the DTA said.

More than 270,000 identity have now been created using myGovID, with this only likely to increase with the closure of the AUSkey authentication credential later this month.

Ultimately, the DTA wants Govpass to become a whole-of-economy solution, with banks and other regulated private sector entities, as well as state and territory governments, to eventually become identity providers and offer Govpass compliant services.

While costly to establish more than $200 million over the last five years, McKinsey has found that a digital identity system has the potential to unlock $10 billion work of economic value.

These benefits are likely to include “increased productivity, as digital identity and associated increases in digital service consumption, save people and businesses time and money”.

This project has been named a finalist in the Federal Government category of the iTnews Benchmark Awards for 2020.