DTA tries to shake off Australia's chequered digital ID past 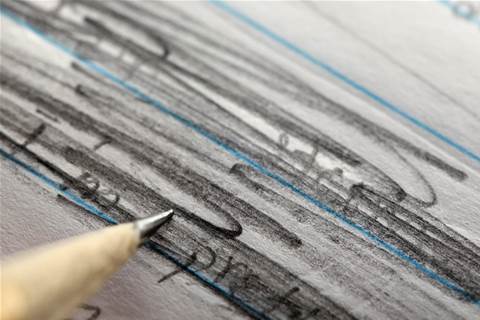 Turns attention to marketing Govpass ahead of full launch.

With the first real test for Australia’s Govpass digital identity scheme just around the corner, the government agency in charge has turned its attention to marketing the $200 million-plus project.

The Digital Transformation Agency is appealing to the market for a comms strategy to inform the public about the program, as it prepares to ramp up the number of services accessible using Govpass.

“The next stage of digital identity will see a broader rollout of more services to more people,” a brief on the digital marketplace states.

“The program needs to expand its approach to communication significantly, to inform all Australians about what it is and isn’t – highlighting potential benefits its offers for everyone”.

The strategy will be used by the DTA – and the government more broadly – to overcome anxiety that stems from the country’s chequered digital identity past, which could damage Govpass’ image.

This includes informing people about the “use of biometrics within the digital identity system, benefits of these and safeguards built into the program to ensure security and privacy” expectations.

The DTA said “Australia’s history of identity related projects raises concern for some stakeholders”, referring to the Hawke government’s failed bid to introduce the Australia Card in 1986.

The single identifier for all citizens remains, to this day, the benchmark for privacy outcry in Australia, after opposition to the policy forced a double dissolution election in 1987.

The DTA has previously denied the two schemes are the same, with chief Randal Brugeaud using recent Senate estimates to stress the myGovID credential used for Govpass is an “optional identity”.

“In contrast to the Australia Card access card, which was being conceived as a mandatory identity token, this is something that people can choose to opt into or not,” he said.

“Government intends to continue to provide services to those who don’t create a digital identity, in exactly the way it does now.”

Calls for a comms strategy to be developed follows criticism by Labor senator Carol Brown that awareness of the digital identity project was limited among the general population.

“I’ve never heard anyone mention it,” she said at estimates in October, adding that her recollection of the online government service platform myGov “was that there was lots of advertising and people knew about it”.

“I have to say that nearly everyone I come into contact with talks to me about myGov and their experiences with it, good or bad, but I have never had anyone talk to me about GovPass.”

Brugeaud, however, said the limited communication to date had been a deliberate plan by the agency, as citizens can’t yet use Govpass to access mainstream services such as myGov.

“We are being very deliberated in releasing this in a controlled way, testing it with users and refining it as we go,” he told estimates.

“So we are progressively building what is the foundation for the digital identity environment in a way that is being incremented, and our intention is to progressively add more and more services.”

Govpass – and the accompanying myGovID credential, which progressed to public beta in June – can now be used to access a range of ATO services, including its online services for agents portal.

The credential can also be used to access the unique student identifier organisation portal and Defence’s employer support payment scheme, with more services planned over the coming months.