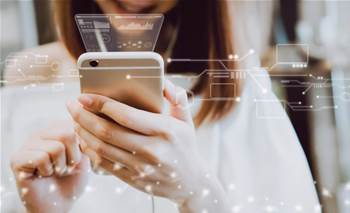 Never let it be said that technology enabled reform of government has become a policy orphan in the post-Turnbull era.

The Digital Transformation Agency has released Australia’s inaugural digital transformation strategy, promising that all government service will be available through digital channels by 2025.

The government claims the strategy sets a "clear direction" for the Commonwealth’s digital efforts over the next seven years to ensure Australia’s place as one of the top three digital governments by 2025.

It also offers a complete view of the digital activities occurring across government agencies in the form of a roadmap with scores of milestones for delivery over the next two years.

“Digital transformation is happening across the private sector, and increasingly across governments,” Kennan said announcing the strategy at the National Press Club.

“Failure to embrace technological change would deny Australians the incredible opportunities and advantages that digital transformation will bring. It also means we will get left behind globally.”

The roadmap will be updated as new initiatives emerge, with the DTA expected to report progress on an annual basis.

The strategy was developed by the DTA in consultation with more than 500 stakeholders across 30 agencies over the last 12 months.

It is the first strategy detailing the government’s plans around digital or IT since November 2012, when the former Australian Government Information Management Office’s (AGIMO) released the now expired government-wide IT strategy.

There have, however, been a number of party policy statements since, including one from 2013 [pdf] that promised all major services online by 2017, as well as a high-level roadmap just after the DTA was restructured in October 2016.

Core to the strategy is the promise that all government services will be available online by 2025, accessible through a secure digital identity. The identity credential will provided either by government or the private sector, whichever the users choice.

“Imagine never having to queue up in a government office again because every sort of transaction you can think of will be available online – whether it is applying for welfare payments, registering a birth or a death, or even setting up your business end-to-end,” Keenan said.

The strategy envisions a future where seamless, personalised services are the benchmark for government offerings, removing the need for individuals to deal with departments and separate layers of government.

Those services will be built on common, reusable platforms starting with the government’s myGovID digital identity credential.

“We will alert you when you are eligible for different services and remind you when things are due. We will show you were things are at and offer you help when needed,” the strategy states.

Digital services will be organised by ‘life events’ such as birth, starting school or having a family, with individuals given the choice to share information across relevant services.

The government’s myGov digital services portal is expected to be one of the first platforms that will adopt this model, and appears central to accessing services in a number of the examples given in the strategy.

“This will provide a seamless experience that pre-fills and submits your forms when you request it, pre-assesses your eligibility and makes automatic payments,” the strategy states.

The digital roadmap offers a near-complete snapshot of all the digital projects happening across the government over the next two years, with digital identity a clear cross-agency focus initially.

One such accelerated project is the automatic enrolment of newborns in Medicare, which started life back in 2015 as an exemplar project by the agency’s predecessor, the Digital Transformation Office.

The pilot of a new childcare marketplace for connecting people with service providers is another accelerated initiative that is planned for introduction before July.

A new online experience for tax agents known as ATO Online and the ability for individuals to register businesses online will also be introduced during 2017-18.

There is similarly a heavy emphasis on digital assistants, including for welfare support and grant programs on business.gov.au.

Separate strategies for platforms, including an API standard, and hosting are also planned for release before July.

Further ahead, a pilot is planned for a government-wide ‘tell us once’, notifications and payments in platforms during 2019-20.

The platforms will allow users to share their details across the federal government agencies without having to contact each one separately.

It's also intended to give people control over how agencies contact them, while simultaneously improving how agencies take payments and the government collects money.

The second year will also see the delivery of the replacement Medicare payments processing system project – dubbed the health delivery modernisation project – and a new system to improve the collection of Vocational Education and Training (VET) student loans data that also allows students to view their loans.

An improved business.gov.au portal and business registration assistance is also on the cards during the second year, as is a faster way for goods to clear biosecurity using analytics.

The complete list of projects can be found here.