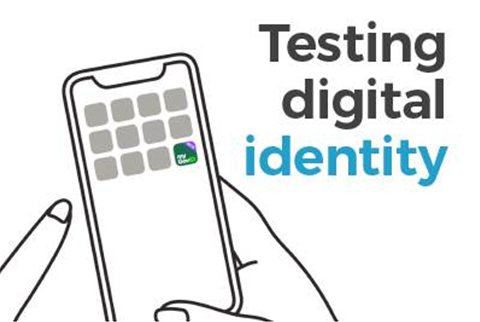 The federal government has finally kicked off the first pilot of its myGovID digital identity credential ahead of a full public launch next year.

From today, a test group of Australians will be able to use the new opt-in credential to apply for a tax file number online in just a few minutes.

Until now this has only been possible by visiting an Australia Post or Centrelink shopfront or by posting documents to the ATO - a process that takes around 40 days.

Seven other pilots, targeting high volume government transactions, are expected to follow over the coming nine months such as for registering a business or accessing welfare services through Centrelink.

It is a major milestone for the government’s latest digital identity efforts, which first began back in 2015 when former Prime Minister Malcolm Turnbull tasked the the then-Digital Transformation Office with finding a solution.

It will initially be available for iPhone only, though there are plans to offer a Android application from early next year, as well as a web application at a later date.

After downloading the identity app, users will need to set up a password and provide personal details like name, date of birth, email, as well as information from driver's licences, passports and Medicare cards.

Users will then be able to take a photo of themselves (selfie) and have it matched against existing government records. The enrollment photo will also prove liveness by connecting the dots on the screen using an applicant's face.

Minister for Human Services and Digital Transformation Michael Keenan said myGovID was “one of the vitally important building blocks of Australia’s digital transformation”.

“Digital ID is one of the most fundamental building blocks to build the rest of the system that we need to build,” he said launching the pilot with Assistant Treasurer Stuart Robert at the Digital Transformation Agency Surry Hills offices in Sydney today.

Keenan said privacy and security had been core to the creation of the digital identity solution, which uses a “double blind” through the Department of Human Services’ identity exchange infrastructure.

The exchange is the second major platform after the myGovID solution that makes up the digital identity umbrella program known as Govpass.

He expressed confidence this will happen, even though the credential is opt-in.

This would also “alleviate an enormous amount of pressure” from face-to-face transactions and call centre channels.

“When fully operational, myGovID will transform the way Australians interact with government by removing the burden on them to have to come into an office to prove who they are over and over again,” Keenan said.