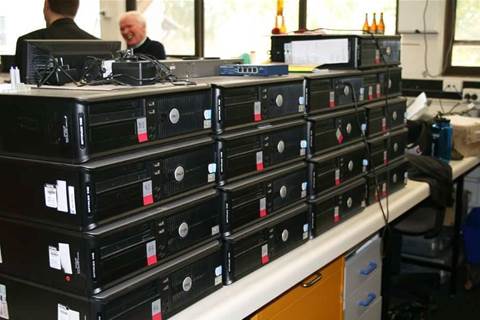 The projects were chosen by operator iVEC late last year, ahead of the supercomputer’s official launch this month.

Researchers were largely supportive of the HP POD deployment, dubbed Epic@Murdoch, which is part of the Australian Government’s $80 million Pawsey project.

Curtin University professor Igor Bray used the machine to model atomic collisions, contributing to the development of nuclear fusion technology – the “most dense source of energy known in the universe”.

Toby Potter of the University of Western Australia used Epic@Murdoch to simulate an exploding star, in an effort to shed more light on theoretical supernova models.

But not all research projects are suited to supercomputing. In Murdoch’s Atmospheric Science lab, researchers run various climate models on either Epic@Murdoch, or 17 networked end-of-life PCs.