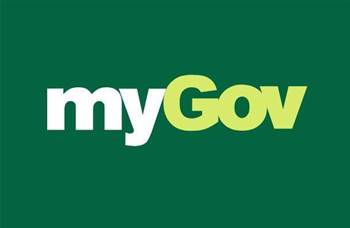 Future platform will be designed around 'life events'.

The federal government's myGov platform is set to undergo one of the most comprehensive rethinks since its inception in a bid to offer users better and more proactive online services.

The central authentication platform used by citizens to access government services and correspondence has been a one-stop shop for online services since 2013.

It currently provides access to 11 federal and state government services, including Centrelink, Medicare and the My Health Record, for just under 14 million users.

The platform received a makeover in mid-2017 after users reported issues finding the services they needed.

That makeover - by the DTA, Human Services and the Tax Office - was largely cosmetic, though it did expand the sign-in process from just alphanumeric username codes to options for email or mobile numbers.

It didn’t address reliability, which has continued to be a concern for the platform's operators this year.

Now the DTA has begun planning what life after the current myGov portal will look like for online government service delivery.

The agency has revealed that it will spend the next year “lead[ing] the design of a future myGov platform that offers proactive services”, according to its most recent corporate plan.

This is despite a surprisingly positive audit report last year that was approving of DHS’ implementation of the platform.

The new platform is expected to be centred around “life events”, in a bid to create digital services that cross over with more than one agency less fragmented for citizens.

This could see digital services mapped to everyday events such as finding work or growing a business, an idea that had been central to the dumped single government website gov.au.

The future myGov platform is expected to comprise of a series of reusable whole-of-government digital service platforms.

The government's lead for IT policy and procurement said it would develop a roadmap to sketch the “transition”.

It has been looking to develop a “whole-of-government digital service platforms ecosystem” for some time to “reduce the need for each agency to build their own capabilities”.

“Platforms make it faster and simpler to deliver digital services, improving efficiency and reducing costs. They free up agencies to focus on how they can best meet users’ needs,” the agency’s corporate plan states.

One of these platforms is the Govpass digital identity platform, which the agency will move into pilot next month having recently added crucial live-ness detection software.

The agency has also received $33.5 million to develop government-wide pilot platforms for ‘tell us once’, notifications, inbox and payments over the next three years.

It estimates around $100 million each year could be shaved off government expenditure by implementing the four platforms.

The groundwork for these platforms kicked off last November and initial prototypes are expected to be delivered next year.

A government-wide platforms strategy is also being developed by the DTA to outline its vision for an “ecosystem” of whole-of-government digital services platforms, and is set for release before the end of this year

While the DTA will begin to remodel myGov over the coming year, it will also continue to improve the existing platform.

This would involve “incremental enhancements” that initially focus on “mak[ing] it a simpler and more secure way for people to access government services online”.

At least some of this added security will likely come from Govpass and the associated myGovID that the government will pilot across eight high volume government transactions before July 2019.

The agency said it would also “support the transition of new digital services to the existing and future myGov platforms”.

At least one new agency is wanting to start using myGov next year; Victoria’s tax collection agency, which will use the platform to modernise how it deliver services to its users.