How the DTA is working around Gov.au 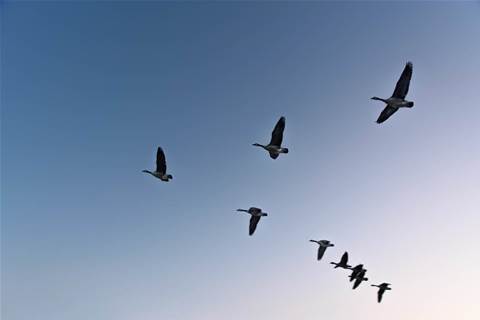 When the Digital Transformation Agency pulled the plug on its dramatic plan to rationalise thousands of federal government websites in late 2016, little was understood about just what would replace it.

A ‘digital channel strategy’ aimed at improving website usability and minimising those that were unnecessary was all that then DTA boss Nerida O’Loughlin would say early last year, following the government’s decision to dump the planned single website gov.au at the eleventh hour.

At the time she conceded the final nail in the coffin was a lack of support from Canberra’s powerful service delivery agencies, who no longer felt there was any need for the platform.

But now a clearer picture of the DTA’s vision to improve website usability and consistency across agencies has started to emerge.

The DTA recently released a design system that it hopes will progressively bring the development of government websites and online services in line with one another.

It considers it to be the first digital design system introduced by a government anywhere in world.

“We’re the first national government to have done one of these. The UK are building one, but we’re the first to put one out of substance,” DTA chief digital officer Peter Alexander told iTnews.

Until now there has been bilateral engagement between agencies for sharing website elements, but no design book showing agencies what best practice looks like.

The system builds on the agency’s open source UI-kit – which has existed since June 2016 – to providing common development and design elements such as code and web interface patterns.

“It is about giving designers and developers a set of tools that they can quickly then build their websites and their online services using,” Alexander said.

“From framing the website to design features to what a button looks like to colour contrast to building in accessibility, it just does all those things for them.”

Alexander said it provides the foundation for agencies to focus on “the 20 percent of things that differentiate their site” by making sure 80 percent can be implemented using the design system.

“There’s been a really big ramp up in the code library, the technical elements of the design system to help developers,” he said.

This code library can be treated by developers “like a shopping cart” for all the various website elements, which can be downloaded and plugged straight into an agency’s CMS.

“It not only tells you if you’re not accessible, but it also gives you options for what is accessible using the same scheme or palette,” he said.

An answer to gov.au?

For now design, development and accessibility are the “key planks” of the design system, but Alexander wants to get it to a point where agencies are using it to keep their websites looking the same.

“Consistency across websites is the next thing”, he said.

The DTA’s approach to consistency and consolidation of government websites has shifted to a “broader concept” since its predecessors’ gov.au strategy.

It is now choosing to use the design system, as well as a series of digital and content guides, to help agencies approach website design and development consistently, while allowing them to retain their autonomy.

“If gov.au was a concept, I guess where we’ve moved now is to what we’re titling it govX,” he told iTnews.

He explained that govX was the agency’s internal working title for its program of work focused on user experience.

“What’s more important [to us] is the user experience and the journey we put them [the user] through to get them to what they need,” he said.

He said that the design system and guides, governed by the content strategy, would help agencies at both the macro and micro level.

The DTA is choosing not to mandate the design system for now, and will rather use what Alexander describes as a 'carrot and stick' approach.

“This is a really quick and easy way to get to your target - to build a website that is high quality, great for the individuals or businesses that interact with you to use, is accessible and gets you to market a lot quicker than you would otherwise,” he said.

“Agencies are just going to use it, and our experience so far is they’ve been really willing to accept that.”

But he said the option to mandate it as the common framework for government websites “is always available” if the process of natural evolution through the digital service standard and content and design guides – which is already occurring - doesn’t continue.

While common development and design elements such as code and web interface patterns will be provided at first, Alexander said other elements would be progressively added to the design system.

“We’ll say ‘what’s next, who are our users, what do agencies need, what do they think is important in terms of dealing with the individual’,” he said.

“If we see chatbots on sites – and we’re seeing more and more of them on government sites – as an important element, we would absolutely look at meeting that need and helping agencies to meet those needs.”

The agency will also look to utilise the design system as part of the broader platform strategy that will be delivered later this year.