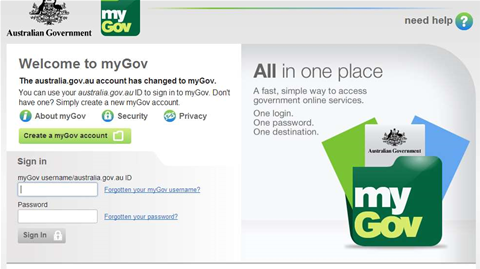 A second Victorian government agency is planning to tap into the Commonwealth's myGov platform to modernise how it delivers services to its users.

Victoria’s tax collection agency, the State Revenue Office, will use the portal to allow citizens to receive their land tax assessments digitally from next year.

As many as 350,000 assessments are currently distributed by the agency each year, but these are typically send out by post - although users also have the option to access their assessments via Bpay View.

From next year assessments will be accessible through the myGov inbox. Users will also be able to update their contact details through the portal.

The SRO is currently working with both federal bodies responsible for the platform - the Digital Transformation Agency and Department of Human Services - and expects to have completed the necessary integration work by July, giving it time to pilot the service before the end of this year.

A spokesperson told iTnews the agency was also intending that "existing and future online land tax services requiring authentication for access will be accessible with a customer's myGov credentials".

The land tax assessment service will be only the second state, territory or local government service to be made available through myGov, despite Malcolm Turnbull’s offer to use myGov for free in early 2015.

It will join the Victorian Department of Health and Human Services' housing register application, which became the first to hook into the platform in 2016.

The state government had originally pledged to have a minimum of five agencies utilising the platform by the end of 2014, but it is now preparing to launch its own digital services portal through its one-stop shop undertaking, Service Victoria.

Other states and territories have generally taken a more sovereign approach to digital service delivery, and in the case of the NSW government, developed their own customer service portals to offer digital services to citizens.

The DTA, which is responsible for managing the onboarding of new services to myGov, would not comment on whether any other state, territory or local government agencies were joining myGov.