Did Morrison just kill the DTA? 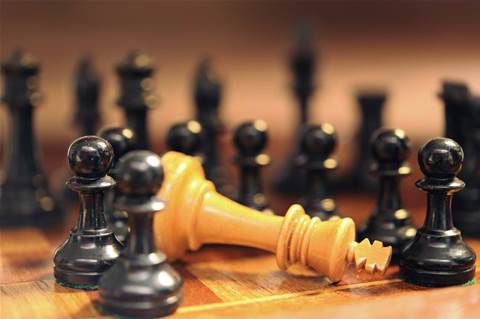 Analysis: Services Australia is nigh. So where to now for digital govt?

With the federal government set to create a centralised, digital-first government services agency in the image of Service NSW, a fundamental question now turns to the fate of the Digital Transformation Agency.

The surprise unveiling of Services Australia on Sunday logically implies a shakeup of service delivery arrangements with the potential to drastically alter the government's existing digital and IT fiefdom.

The new agency, to be be overseen by a dedicated Minister for Government Services, will be charged with simplifying customer-facing service delivery - a responsibility currently afforded to the DTA.

Deliberately borrowing from the NSW government, widely regarded as the one-stop shop model to beat, Services Australia will undertake the difficult task of integrating services using “technology and digital applications”.

It is also expected to drive “greater efficiencies”, which will be helpful for a government that is slated to cut a further $1.5 billion from the APS – equivalent to a reduction of around another 3000 jobs, according to the Community and Public Sector Union.

But for all the talk of improved services, just how Australia's new service delivery order will look and to what extent it will disrupt the government's existing end-to-end digital service champion remains unclear.

There is every chance the DTA will be entirely subsumed within Services Australia, potentially increasing the clout and mandate afforded to transforming government services.

In NSW, although service delivery is actioned by Service NSW, a separate digital delivery arm called Digital NSW has begun reimagining and realigning digital services to a citizen’s journey.

If this was to take place, there is every possibility that an entity more aligned with the DTO's digital service delivery origins will take shape.

On the other hand, the DTA could also be dissolved altogether, with its policy and procurement functions returning to the Department of Finance and its delivery functions shifted within Services Australia.

This will be determined, to some extent, by how much Morrison decides to mimic the Service NSW model.

One thing is clear, however. Any shakeup will be intended to make the agency return to its original purpose: allowing government to deliver end-to-end digital service to citizens and businesses so to better serve their needs.

Much of that vision has been whittled away since the agency was formed in 2015, in large part due to pushback from some of Canberra’s largest service delivery agencies, not to mention its 2016 restructure.

One of the most infamous examples of this was the proposed single government website gov.au, which was dumped by then assistant minister Angus Taylor for its projected costs and complexity.

With meaningful digital transformation cutting across various aspects of government, the agency recently suggested that better or at least more formalised coordination arrangements between agencies might go some way to elevating some of the struggles.

Services Australia could hold the key to this, providing a fresh slate – and mandate, following the departure of former Prime Minister Malcolm Turnbull – to properly reform government service delivery.

It will also have the ministerial clout to do so, with former Assistant Treasurer Stuart Robert appointed the new Minister for Government Services within Cabinet instead of the wider ministry.

The elevated position - which effectively replaces the Minister for Human Service and Digital Transformation position previously held by Michael Keenan, who retired at the election – reflects the increasing importance of getting service delivery right.

But regardless of the mechanics, with government service delivery at the federal level significantly more complex and often fraught with outdated systems, moving towards a Service NSW vision will be no easy feat.

Overcoming whole-of-government platform staples such as the online services portal myGov, which the DTA had pinned its hopes on becoming the future of customer services, will be particularly difficult.

Elsewhere, the government will want to be careful about the extent to which it automates service delivery after its controversial ‘robodebt’ program run out of the Department of Human Service.

Decentralised digital identity could also be another flashpoint for the government, as the myGovID credential is switched on later this year after more than three years of development.

iTnews approached the DTA for comment ahead of the impending publication of administrative arrangement orders, but had not received a response at the time of publication.