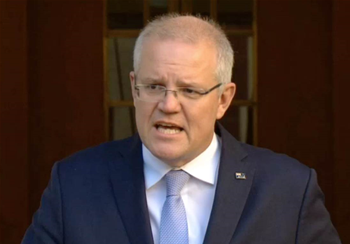 Sets IT integration and better front-facing delivery as key goals.

The federal government is set to replicate the Service NSW model nationally by establishing a new agency called Services Australia.

Prime Minister Scott Morrison said that Service Australia would come under the Human Services portfolio and would be overseen by a new Minister for Government Services, Stuart Robert.

Morrison said that Service Australia was born out of a desire to see services made available more simply to Australians.

“A key focus for all of my team will be on lifting and improving service delivery for all Australians for the services that [they] rely on,” Morrison said.

“I want to see some congestion-busting when it comes to bureaucratic bottlenecks and regulatory bottlenecks so Australians can get access to those services in a more timely and efficient way for them, making better use of technology and better integrating service delivery across different portfolios.”

Morrison said he liked what he saw with Service NSW - the consolidated, digital first services agency set up by the NSW government, and wanted to replicate both its model and its success.

“Services Australia will pick up its lead from a similar organisation established by the NSW government called Service NSW.

“This I think has been a very important reform in NSW and has made dealing with government much easier. That’s what we want government to be for Australians - we just want it to be much easier.”

Morrison said that in addition to smoothing service delivery, Service Australia would also have a specific IT and digital focus.

“It’s also about driving the better use of information technology and apps that can assist Australians to better access the services they need,” he said.

The surprise announcement is likely to raise fresh questions about the Digital Transformation Agency (DTA) and its intended direction for digital-led service delivery.

The DTA had considered existing one-stop online services portal myGov to be front and centre of its future plans for digitally-driven service delivery.

The agency had been facing a shake-up in the event that Labor won the federal election. It is unclear how - if at all - the presence of Services Australia might impact the DTA and its remit.

Service NSW has relished its first-mover advantage in establishing a one-stop shop for government service delivery.

NSW Department of Finance, Services and Innovation secretary Martin Hoffman said back in 2017 that jurisdictions across Australia were increasingly replicating and adapting successful practices from the NSW model.

Even back then, other jurisdictions saw Service NSW as a model to beat - or at the very least copy - because of its success in shifting the state’s service transactions online, which are on track to be 70 percent digital by 2019.

More recently, Service NSW has been selling itself as a "case study" for similar transformation projects.