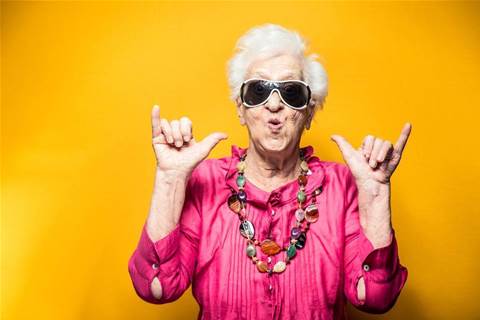 If there’s one thing Australia’s new digital transformation plan has made clear (which, let's be honest, is not much), it’s that myGov will remain at the forefront of the federal government’s thinking around digital services.

But to what extent the defacto whole-of-government online services portal will change, or stay the same, as part of its grand plan to have all services available through online channels by 2025 is still an open question.

Slow clap for the agency that has been kicking around in one form or another since taking responsibility for digital service delivery in 2015, and is said to be constantly doing discovery.

There have, of course, been other roadmaps to date, as well as party political statements, but these have been even more high-level and largely focused on short-term outcomes.

Minister for Human Services and Digital Transformation Michael Keenan has labelled the strategy a “bold vision” for creating digital interactions that are “vastly different to what they are today”.

But beyond services becoming seamless and organised around ‘life events’, it’s hard to see exactly what would change under this so-called daring vision for digital transformation.

Perhaps not even the Digital Transformation Agency knows. Or maybe they’re just waiting to see what Estonia does next.

But what does shine through is that the one-stop online services portal myGov – alongside the new myGovID digital identity – will be front and centre of any digital future.

The pair appear in all the future scenarios contained in the strategy to explain what accessing government services in the future might look like for individuals.

“myGov, for example, will be able to act as one integrated digital service where you can find out everything from how to apply for a child care subsidy, to the nearest community service that fits car seats,” Keenan said.

In one narrative a young professional in her late 20s called ‘Alison’, who needs welfare support while she looks for work because of osteoarthritis of the spine, uses myGov and myGovID to do this.

“Alison already has a myGov account and an established digital identity,” the strategy states.

Another narrative finds a couple expecting their first child using myGov to determine what government service they might be eligible for. If they have a query the already live Microsoft Cortana-powered myGov digital assistant is on hand to provide a timely answer.

But the myGov portal, which is currently used by citizens to access 11 federal and state government services and receive correspondence, remains the subject of regular criticism for users despite multiple efforts to fix issues.

Accessibility through the one-time access code generator for the platform known as the myGov Access app continues to be a concern, as does myGov's reliability, though this continues to improve.

However the DTA has said that it will spend the next year designing “a future myGov platform” built on a series of reusable whole-of-government platforms to offer proactive services to citizens, while continuing to make improvements to the existing platform.

While there is still a possibility that services will be individually accessible, this seems unlikely given need to bring government services together to make the customer experience seamless.

And there are other pointers too.The DTA settled on myGovID for a digital identity program earlier this year after previously referred to it as Govpass.

This was despite the name already being taken by the Irish Government for their secure online identity and verification service.

So whether the portal looks and feels like it does now, or takes the form of something entirely different – perhaps with the name 2025 myGov – the exclusive thoroughfare for services isn’t about to be replaced any time soon.

Whether the community adopts and embraces it is another issue entirely.