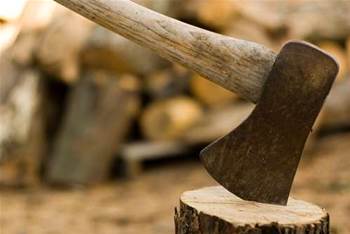 DTA boss Nerida O’Loughlin has admitted that the nail in the coffin for the federal government’s planned single website, Gov.au, was the refusal of Canberra’s powerful service delivery agencies to get on board.

Fronting a Senate committee today for the second time in as many weeks, O'Loughlin toed the government line that the Gov.au project hasn’t been ‘dumped’ per se, but conceded that the Digital Transformation Agency’s current website plan was “a big departure” from its original vision.

The DTA is now pursuing what it calls a “digital channel strategy”, swapping the dramatic web rationalisation for an effort to minimise unnecessary websites and give the remainder a usability makeover.

O’Loughlin, who has headed the agency since October, told senators there wasn’t "significant support” within the APS for Gov.au, which led to it being dumped at the eleventh hour by Assistant Minister Angus Taylor.

“Departments and agencies didn’t feel there was a need for a single government website,” she said.

However, she said agencies weren't always opposed to the proposal, claiming there was “very strong interest” in an alpha version of Gov.au produced in December 2015.

But by the time it had evolved into a beta and a real-life business case in mid-2016, agencies got cold feet, O'Loughlin said.

“I think there was a fair bit of changing of minds,” she said.

“[We found] agencies were keen to focus their resources on transforming transactional websites not information websites.”

O’Loughlin - a former deputy secretary at the Department of Communications - was hired in place of DTO chief Paul Shetler as a peacemaker between the digital agency and a disgruntled public service.

She told senate estimates late last month that she didn’t see it as her job to be a disruptor in the mould of the former Digital Transformation Office, but that those elements still exist within a reformed DTA.

The agency’s assimilation into the APS will be strengthened now that it has absorbed 34 new staff from the IT functions of the Department of Finance, who joined in December last year following the expansion of the DTA's remit.

It is set to get another 15 or so Finance workers in the coming months, whose transition has been delayed while some of them finalise whole-of-government procurement negotiations.