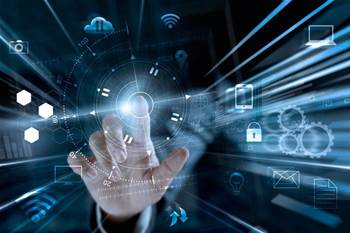 The NSW government chief information and digital officer Greg Wells has mapped out his vision for ‘next level’ digital services that are aligned to a citizen's journey.

Just three months since taking up the the new gig, Wells has set his sights on accelerating the government’s increasingly mature program of work aimed at improving digital offerings.

Much of this has involved organising and pushing forward with the government’s efforts to date, as well as thinking about “what do we have to do to take the next big, big step”.

“It’s now [about] what have we got to do to take it to the next level, rather than just incrementally doing more and more and more transactions,” he told iTnews.

“If we don’t take a next step and bring a few things together, it will always be just incremental ... and we won’t improve that customer satisfaction rating that is really the measure we measure ourselves against.”

He said there are currently two big areas of focus for the state’s digital transformation, aided by a handful of new initiatives such as the customer experience (CX) pipeline and Digital NSW Acceleration Lab.

One of these is aimed squarely at citizen engagement through “more customer services” and “horizontal views of journeys across agencies that are more built around user needs”.

For Wells, shifting to thinking about citizen interactions as “life events, journeys, things that matter to people” is central to this.

NSW isn’t alone in this thinking; other jurisdictions are increasingly looking to personalise service delivery.

At the federal level, for instance, the Digital Transformation Agency is about to embark on a comprehensive rethink myGov to ensure it is centred around life events.

Wells believes this goal of clustering services for the citizen is now even more important than the government’s other critical measure for digital transformation: having 70 percent of government services digitised by 2019, which he says is “generally on track”.

“While we’re going to do that as well, to me what it’s more about is - overall - what are these journeys,” he said.

“How do those transactions come together so you don’t have to do part of it digitally and then front up to an Australia Post or Service NSW centre and physically show something.

“To me it’s more about what are those journeys that we should be focusing on that mean something to you and I, and the things that support that as you go through that journey.

“So the transactions are good, and I think we’re pretty much on target for that benchmark, but we want to shift it to a bigger story.”

He said this involved “mak[ing] sure that, wherever possible or where it makes sense, it is a consistent or seamless experience” for the customer.

Further ahead, this could see NSW government journey’s intersect with the Commonwealth, other states and territories, as well as the private and NGO sectors, Wells said.

Achieving that digital service are joined up as much as possible relies on “making sure we take more of a long term strategic approach to how we plan ICT, fund it, bring common components together for everyone across the state, and assure that,” which he said forms the also forms state's second major priority.

This involves building out individual agency and broader state level plan that can be understood by Treasury and secretaries to create a “delivery approach that’s more strategic than just the program that we’ve got right in front of us”.

Wells said a big part of this has been identifying all the government’s various digital programs through the CX pipeline process to know where it makes sense to link up services and IT components.

The CX pipeline is one of two new initiatives – the other being the Digital NSW Acceleration Lab or DNA – that the government has set up help it fast-track digital transformation.

The pipeline forms part of the state's bigger picture for digital transformation that involves finding digital programs across agencies to tap into.

Wells describes it as consisting of all the current and future “initiatives, interactions, transactions, journeys life events” that are done in across either all agencies, some agencies or Service NSW.

The pipeline also consists of design system or toolkit to help keep services consistent and accelerate the overall development process, similar to that of the federal government.

Such a system – the development of which is ongoing – avoids the need for the state to double up on work by reinventing common components each and every time such as an API.

Wells said that, while the development of the design system is ongoing, “the intent is to build that out, work with the best of what’s out there at the moment, to pick all those up and make it NSW specific and enable that across the state.”

“We’ll be trying to do that relatively openly well. We’ll put that on our website, people will be able to access it as we build it out,” he said.

Another central tenet of Wells’ vision is improving how agencies work together to solve key challenges through the Digital NSW Acceleration Lab.

Working hand in hand with the CX pipeline, the hub serves as a physical space to bring people from various agencies together, including frontline users, to engage in user centred design over an eight-week period.

“What it tries to do is, where agencies need assistance or would like to do it with us, we step in and fund and help speed up the design of those journeys, those life events, those things that we want to do,” Wells said.

The accelerator process involves finding a problem to solve and “running it through what we call a bit of a double diamond process” to draw out actual problem, before prototyping an alpha version that is re-evaluated and tested with actual users.

From there the project moves through the beta process “to get to a point where we can either validate that we can solve the thing well or not, or how we might pivot on something and do something a bit different”.

Some of the initial projects currently being worked through include school enrolments – which is still in the eight-week process and getting to the end of its alpha – and strata mediation, as well as other “niche problems that would be great to quickly solve across government”.

Well said both the CX pipleline, including the design system, and DNA lab were “Critical enablers” for shifting to approaching customers services in terms of journeys.