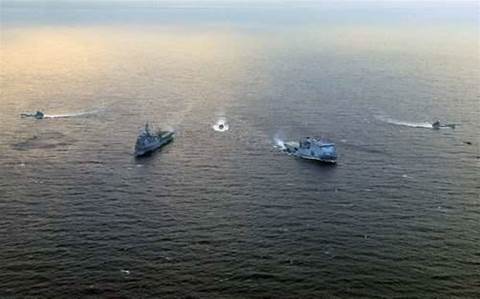 The Department of Defence will spend this year kitting out nine data centres with racks of "pre-defined modules" to power its Next Generation Desktop.

"Each module is a defined rack layout with dedicated servers, storage and switch equipment," McCabe said.

"The modules have been designed to support a number of services, including Terminal Services... and other services to support the Desktop."

The department was able to scale those numbers up after load and configuration tests in Microsoft engineering labs in Redmond "demonstrated that initial density estimates were conservative".

The load tests were conducted in conjunction with NextGen Desktop prime contractor Thales Australia and Citrix. The latter is a technology partner, as is Microsoft and Raytheon.

"These tests demonstrated that ... we could safely increase the number of users per server," McCabe said.

He noted such load testing was not possible in a technology pilot conducted mid last year, which was limited to 550 users.

McCabe indicated that modularising the infrastructure underpinning NextGen would make it easier to bring the new desktop to Defence personnel whose desktop requirements aren't serviced from domestic data centre facilities.

"These predefined modules are designed to simplify the deployment of our desktop when we look to upgrade this environment on our ships and into our deployed operational spaces, although currently we are focused on bedding the technology down domestically first," McCabe said.

The department is in the process of consolidating over 280 computer rooms down to 10 facilities nationwide.

It has almost finished migrating its primary data centre from Canberra to Sydney. The other nine facilities have been handpicked from the existing pool of 280 to continue operating.

"We did initially contemplate either leasing or building three large data centres to consolidate all of Defence's domestic workloads, but after consulting key areas across the ADF we decided this might be a leap too far," McCabe said.

"We've now settled on re-using nine of our existing facilities and leasing one new facility.

"This strategy has allowed us to continue to have strong geographical reach and provide survivability across a number of key defence installations."

Many of the existing 280 facilities can be closed simply as a result of the NextGen Desktop rollout.

"Many of our computer rooms solely provide edge services to support our [existing] desktop environment, so our decision to pursue a thin client desktop architecture provided the key enabler for Defence's data centre consolidation," McCabe said.

"This will allow us to close many of our computer rooms as the Next Generation Desktop project rolls out."

McCabe said that Defence wants its primary facility in Sydney to run "lights out" — which Wikipedia defines as removing "the need for direct access by personnel, except under extraordinary circumstances".

"This was a key cultural change for our organisation," McCabe said.

"To ensure that we could provide resilient remote management for this facility, we built physically separate management networks to provide out-of-band management to all elements of the facility.

"We use this network to manage power and the environmentals in every rack in the suite."

McCabe said the systems had "proven their value early on".

"We were able to identify a large power spike and associated power costs on one of our major platforms," he said.

"This large chassis had minimal workloads running on it at the time but its variable heat fans were running at full bore.

"We were able to pinpoint that there was a faulty air conditioning [CRAC] unit next to that [chassis] unit, which was then quickly repaired by Global Switch."

McCabe also said that Defence has started redeploying some of the Canberra staff that previously looked after operations at the retired primary data centre into other roles.

"We expect that coming into mid-year this year we will probably be able to move away from having anyone onsite [at the new primary facility in Sydney]," he added.