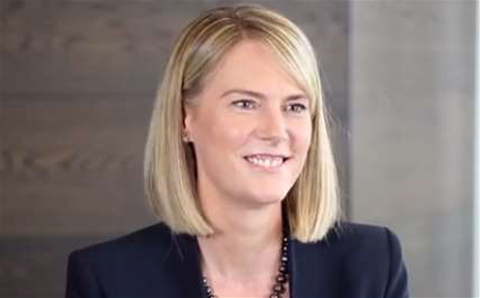 Orgs must not "lobotomise" capability by outsourcing.

Maile Carnegie wants to “rewire” ANZ Bank by building up internal data and technology skillsets rather than outsourcing.

Carnegie, who left her role as Google Australia managing director over a year ago to join ANZ as group executive of digital banking, did not make the switch lightly. She said she needed to know management was onboard with her definition of digital transformation.

"The absolute table stakes before I would even think about joining an organisation like ANZ was the CEO had to be in the game,” she told delegates at this week’s Adobe Symposium in Sydney.

“You are looking them in the whites of the eyes and assessing whether your boss has the courage and the stamina, because it is going to take a long time.”

Carnegie is looking to “fundamentally re-plumb or rewire the engine of the bank” to take advantage of current and future technology.

Transformation, however, is “not about sexy apps and shiny new toys because they are very episodic and won’t sustain", according to the former Google AU boss. "The aim was to get deep strategic clarity.”

She said it was fundamental the bank build up its own data and technology capabilities.

“If I look at a lot of Australian and international businesses, they are outsourcing that. They are basically just writing big cheques and other companies are doing their data and technology. I am not saying you shouldn’t have partners – you absolutely should – but you need to keep that capability in-house.”

ANZ Bank has a more than 40-year technology partnership with IBM, which was extended 18 months ago by five years and $450 million to establish an innovation lab and give the bank access to IBM's entire software set.

The bank has just started a company-wide overhaul of its workforce to adopt the scaled agile methodology in order to be able to respond faster to customer expectations.

The radical restructure will start in Australia and spread to the New Zealand and institutional businesses throughout 2018.

It will split the bank's workforce into autonomous, multi-disciplinary teams of about 10 employees to remove bureaucracy and hierarchies and deliver new products at speed.

Driving change at a monolithic organisation is not without its challenges.

The biggest barrier comes from the “the frozen middle” – long-serving executives who are “no longer experts in a craft and have graduated from doing to managing, and managing is basically bossing other people around and shuffling PowerPoints”, Carnegie said.

“That frozen middle will resist change like the death because it exposes they have no skills any more. Figuring out how to deal with the frozen middle, once you have your boss’ support, is the big thing," she said.

“If they are not going to become craftsman or women any more you need to move them on."

She drew a distinction between what she called “20th century companies”, which struggle to transform, and the new generation of organisations that have embraced change.

“A 21st century company is one that has those capabilities, that has not lobotomised themselves. They have not outsourced the future knowledge to a whole bunch of partners. They have said 'we need to create these capabilities internally’.”

Change is “a muscle you need to exercise”, Carnegie said.

“Larger, older organisations are not change-fit any more.”

For ANZ Bank, change has been defined by a reorganisation across its top IT ranks.