ANZ Bank CISO out in another IT exec restructure 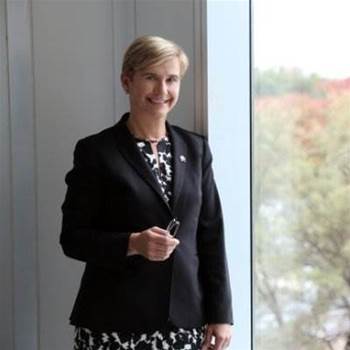 ANZ Bank has replaced its chief information security officer of almost three years with a government cyber security guru in an ongoing restructure of the bank's top IT ranks.

Steve Glynn had served as ANZ Bank's CISO for the past two-and-a-half years, following a similar role across the bank's Europe, APAC, and American operations.

But without reference to Glynn, the bank today announced that Lynwen Connick would join as its new CISO from tomorrow.

Glynn's next moves are unclear. ANZ Bank has been contacted for comment.

Connick leaves a long career in the public sector, spanning the likes of Defence, the Australian Signals Directorate, and most recently the Department of Prime Minister and Cabinet, to take on the position.

The CISO role at ANZ Bank will be her first stint in the private sector. She reports into group executive of technology Gerard Florian.

The bank said Connick would be tasked with ensuring ANZ's "information security strategy evolves with the changing technology landscape and supports the bank’s digital transformation".

“Lynwen is one of Australia’s foremost cyber security experts with significant experience at the frontline of protecting the nation’s information infrastructure," Florian said in a statement.

“As we transform into a digital bank, customers rightly expect that we will keep both their money and their data safe.

"Lynwen’s cyber security experience, working with government agencies and the private sector, will be a tremendous asset for both our business and our customers as we accelerate the delivery of new products and services."

Connick's appointment marks the latest episode in a reshuffle of technology executives that started almost a year ago.

Last March the bank hired Maile Carnegie as its new digital chief, followed in August by the departure of its head of digital banking Claire Rogers.

CTO Patrick Maes quietly left the bank in September with his role not re-filled, and CIO Scott Collary was replaced by Florian in November in a newly-elevated group executive role.