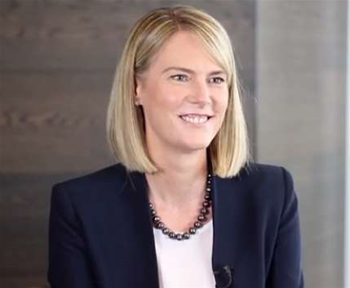 Will take on big transformational challenge.

Google Australia chief executive Maile Carnegie will move to the ANZ Bank as its new head of digital banking.

The move ends three years at the top of Google's local operations for Carnegie, who joined the search giant from Procter & Gamble. She will work her last day at Google towards the end of March.

ANZ Bank announced the appointment on its BlueNotes site today.

Carnegie said she took the role after being lured by the bank's passion to "digitally transform".

“I'm really excited about the vision people like CEO Shayne Elliott have," she said in a statement.

“You can really sense there's a lot of energy to move the bank forward."

She said while digital strategies from one company can't be "shoehorned" into another, the group could "absolutely" look at the principles of "how you create an innovation engine".

".. one that's going to run hard enough and fast enough to win in the 21st century," she said.

The group executive of digital banking was established to unite the bank's disparate digital efforts - which are currently spread across different business divisions - under one function.

It is understood a recruitment process is currently underway for Carnegie's replacement at Google.

"Maile’s contribution to our Australia and New Zealand business and to the wider Asia Pacific region has been outstanding. I’ve loved working with her, as have her teams," Google head of APAC Karim Temsamani said in a statement.

"Her enthusiasm for transforming the digital community is contagious, and I will really miss working with her.”